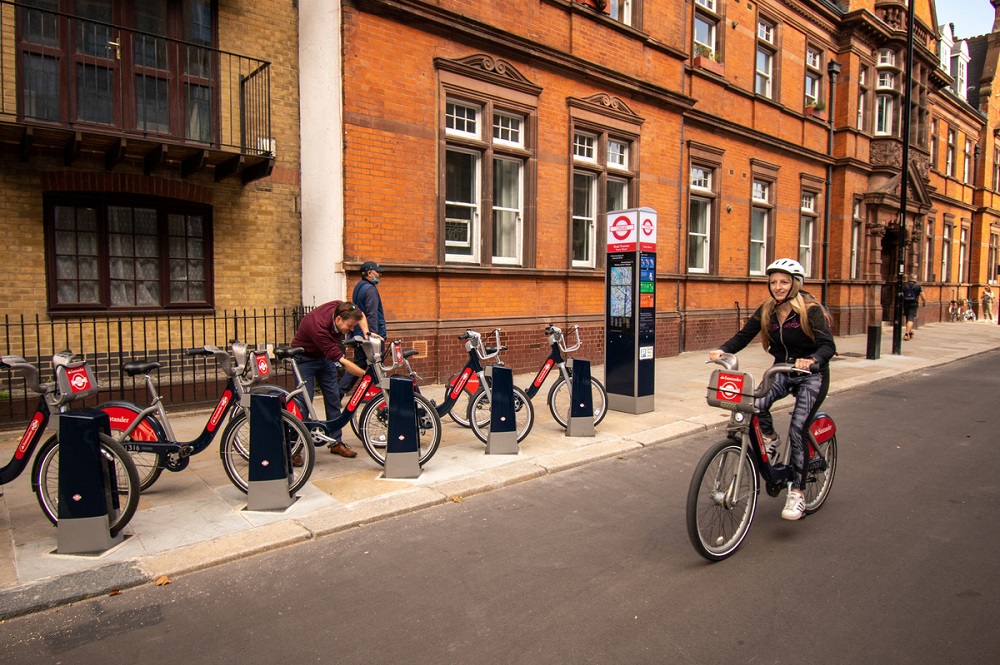 An average of more than 40,000 hires per day were made during September – almost 10,000 more than the average daily hires in the three Septembers prior to the pandemic.

It is thought that a greater number of people returning to offices has contributed to the record Santander cycle hire figure, with an average of more than 7,500 daily hires occurring on weekdays between 7am and 10am – the highest number of commuter hires since before the pandemic.

Will Norman, London’s walking and cycling commissioner, has said that the record number of cycle hires “echoes the wider trend of more Londoners choosing to cycle”.

He said: “Santander Cycles were a lockdown lifeline for many Londoners, so I’m delighted that the scheme is now playing a key part in London’s recovery from the pandemic. Our record September hires echoes the wider trend of more Londoners choosing to cycle.

“We are determined to do all we can to build on this further – including by introducing electric Santander Cycles to the network and expanding the scheme to new areas – to ensure a green and sustainable recovery for our city.”

From next summer TfL is expected to introduce 500 electric bikes to its cycle hire network. The announcement was made earlier this year following the news that Santander had extended its contract to sponsor the scheme until 2025.

TfL has said it hopes the introduction of electric bikes will help to “break down the barriers” that stop some people from cycling, including fitness and age.

There are currently around 800 docking stations throughout London that allow bikes to be hired for as little as £2 a day for unlimited 30-minute journeys, with riders entered into a prize draw if they hire using a membership key or the Santander Cycles app.

As part of the Mayor of London’s plan to promote more active travel, TfL also launched a trial of e-scooter rentals this year that has seen more than 165,000 journeys made so far.

Ten boroughs are currently participating in the e-scooter rental trial with a fleet of more than 3,400 scooters available to hire.