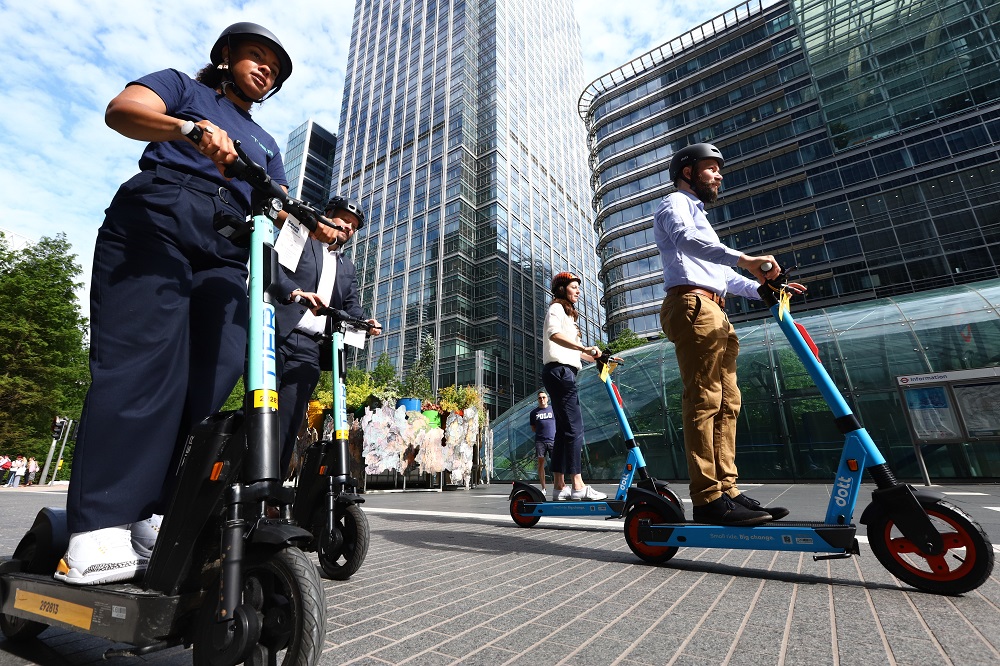 E-scooters should be legalised and TfL should have the power to manage shared e-scooter rental schemes in the capital, a new report has recommended.

The Centre for London thinktank has published its report, entitled “Micromobility in London”, that examines how London could capitalise on “emerging vehicles” to reduce car use.

Though TfL is currently running a trial scheme of e-scooter rentals in several boroughs, the use of privately-owned e-scooters on public roads and footways is illegal. As of July, police had seized more than 2,300 illegal e-scooters in London.

But the Centre for London has called on the Government to completely legalise e-scooters to “encourage safe ridership” and to provide more transport options that will decrease reliance on cars.

Josh Cottell, Centre for London’s Research Manager, said: “The shift to these emerging vehicles is already happening but we need the government to catch up and introduce policies which encourage safe ridership of e-scooters and e-bikes on our streets and ensures anyone who wants to use these vehicles is able to do so.

“Legalising private ownership and riding is the first step towards building a gold standard for micromobility in the UK, with Transport for London – and other equivalent authorities in towns and cities across the country given the powers to arrange shared schemes for micromobility vehicles as they emerge.”

Londoners currently have access to a fleet of 2,700 e-scooters provided by private firms Dott, Tier and Lime as part of the trial rental scheme, which is taking place in nine boroughs.

The scheme has proved to be popular, with more than 80,000 journeys made between June and August. A total of 165,000 trips have been made since the scheme began in June.

Despite concerns over safety, TfL figures show that the scheme’s operators have reported just five “serious” incidents since rentals began.

Will Norman, London’s walking and cycling commissioner, has said that “safety remains our top priority” and that TfL will “continue to closely monitor e-scooters in trial areas, making improvements wherever identified”.

He said: “We recognise the opportunities presented by micromobility and through our e-scooter trial and ongoing work, we are looking at both the long-term role they could play in a green and sustainable future for the capital, as well as the role they can play in avoiding a car-led recovery from the pandemic.

“The trial will allow us to collect data that will further help to shape UK and London policy in micromobility.”

Centre for London’s report found that micromobility vehicles, which include things such as e-scooters and e-bikes, produce between 34 and 90 per cent fewer carbon emissions than private cars, while also not producing any emissions.

The report also found that up to two-thirds of car journeys in London could be made via e-scooter or e-bike in under 20 minutes, with greater benefits in outer London where there are fewer public transport options.