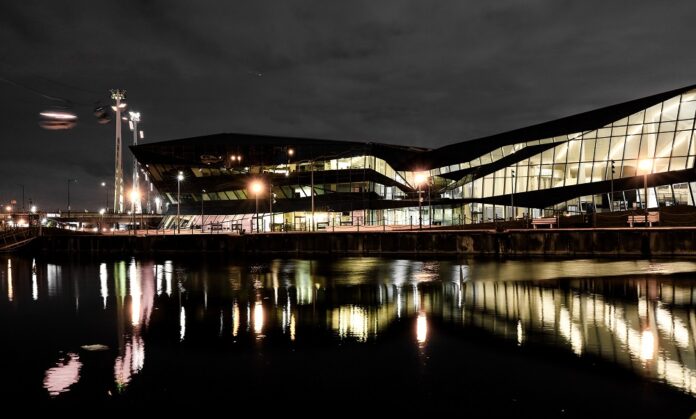 City Hall’s disaster-laden relocation to east London was delayed by a series of setbacks including the discovery of a water leak and global supply chain issues, the London Assembly has been told.

Greater London Authority staff, including London Assembly Members and civil servants working for Sadiq Khan, were supposed to move into the building formerly known as The Crystal in December last year.

But the move was delayed four times, with staff left to work temporarily from London Fire Brigade Headquarters on Union Street.

On March 23, the London Assembly’s GLA oversight committee grilled key members of the team behind the relocation following the official opening of the new City Hall this week.

Mary Harpley, chief officer at the GLA, said “a series of issues” were revealed once contractors entered the building to begin work converting the former conference centre.

These included having to replace the building management system, which includes things such as heating and lighting, as well as the discovery of a water leak which led to a whole floor having to be replaced.

But Harpley added that issues in the global supply chain, as well as various COVID impacts, also held up the move.

At one point, aggregates and resin needed to complete the floor replacement were held up in customs for two weeks, while lead times for other materials went from around four weeks to as many as 30 weeks.

Milly Kiely-Horn, the GLA’s programme director for City Hall relocation, said that the move was put behind schedule “fairly early on”. Asked whether she thought the timescale for relocation was ever achievable, Ms Kiely-Horn said it was an “aggressive timeline”.

A number of key London Assembly meetings were able to take place in the new City Hall chamber while work was completed on the rest of the building.

But it was revealed on March 23 that during one of these sessions, a member of City Hall security staff was involved in an accident when they fell through a piece of flooring.

Simon Grinter, the GLA’s head of facilities management, said: “There was an accident on site on one of the days that we were open to meetings. It wasn’t a manhole [that the staff member fell down], it was a piece of flooring. A full accident investigation was done following that and appropriate remediation work was done.”

The decision to relocate City Hall from its iconic former home near Tower Bridge was made in a bid to save around £60 million over the course of five years.

Despite the various issues with the move, the GLA’s executive director for resources David Gallie has said the three-month delay has actually saved City Hall money.

He said: “Perversely, the delay has actually probably saved us money. As soon as we left old City Hall, we immediately stopped paying rent and rates, so that saving has already arisen. Similarly, in our rental payment for this building, it has been delayed until we’ve actually gained occupancy.”

Though the move has been the subject of scrutiny and mockery online, Mary Harpley issued a strong rebuttal to claims that it had caused “reputational damage” to City Hall.

“We have delivered a new civic building of some stature within 15 months of getting planning permission through a global pandemic, through global supply chain issues and to budget. I don’t think that damages our reputation at all, and I would say actually, this is one of the projects in London over the last few months that has pretty much got to where we said we would get to.”