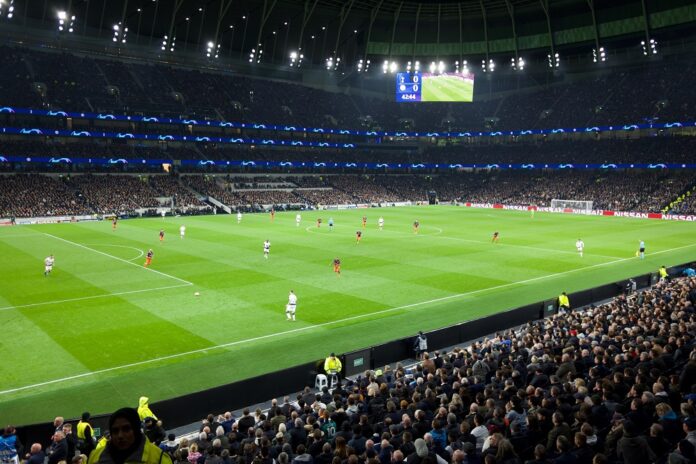 There were 101 hate crimes reported at London’s football stadiums in the year to June 2022, new figures reveal.

Labour’s London Policing and Crime Spokesperson, City & East AM Unmesh Desai, who obtained the new data through a written question to the Mayor of London, said that while an increase in reporting shows that fans are becoming more comfortable to call out “vile language, or disgusting behaviour”, lots of abuse is still going unreported – and unpunished.

Between June 1, 2021 and May 31, 2022, the Metropolitan Police dealt with 83 Public Order Offences, 60 of which were racially, or religiously, aggravated and 18 Violence Against the Person incidents flagged as hate crimes at football grounds.

Another written answer from Sadiq Khan to Desai stated that 116 hate crime offences had been reported at football stadiums in the capital between January 2015 and December 2018.

A report from the organisation, Kick it Out, found that in the UK, half of all fans surveyed in 2018 had witnessed racist abuse (50 percent), but less than half would know how to report it (40 percent).

With more than 150,000 fans estimated to attend games across London each week during the football season, these figures show that in 2022 there is still a significant underreporting of hate crimes occurring across all of London’s football stadiums.

NOW READ: Violent crime could be amplified by cost of living crisis

In 2019, Desai wrote letters to every football league club in London to discuss what was being done to increase hate crime reporting.

Ahead of the 2022/23 season he is now writing to the FA, the Premier League and the Football League, to ask them what they are doing to address the continued low reporting rates of hate crime incidents at football stadiums.

Desai said: “We cannot let hate turn the beautiful game ugly. Football should be enjoyed by all, regardless of race, religion or sexuality. It has a significant cultural influence on wider society, especially with younger people.

“All Londoners must feel safe when supporting their team, without fear of intimidation or violence and without being subjected to vile language or disgusting behaviour, as should stewards, club staff and the players themselves.

“There have been some encouraging steps in reporting hate crimes at grounds, and online – but there’s a long way to go. I’m urging fans to call out hate wherever they come across it, then the authorities must step in and make sure those responsible are held accountable.

“This behaviour has to stop – that’s why I’m writing to football’s governing bodies ahead of the new season to ask what action they’re taking to tackle the low reporting rate of hate crimes at football stadiums.”