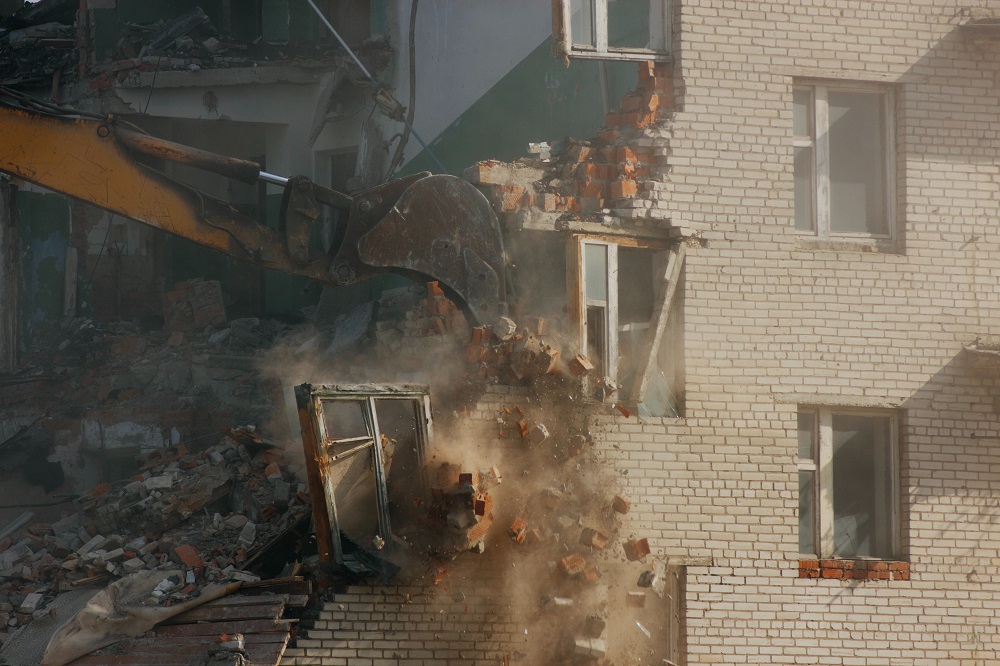 Research by home buying platform, Yes Homebuyers, has revealed that London ranked as the nation’s demolition hotspot over the last year.

Yes Homebuyers crunched Gov.uk figures on the number of properties demolished and found that there have been some 9,020 homes demolished in England over the last year; 13% more than the previous year.

London was home to the most demolished homes with the capital seeing 3,034 dwellings toppled over the last year; 31% more than the previous year.

The South East ranks second, with 1,492 homes demolished although this was 5% less than the previous year.

Yorkshire and the Humber (1,164) and the West Midlands (920) also ranked amongst the highest hotspots for demolished homes.

The West Midlands has also seen the second-largest increase in the number of dwellings demolished, up 99% on the previous year.

The East Midlands has seen the largest increase, however. While only 545 dwellings were demolished last year, this is a 143% increase on the previous year. The biggest jump of all regions in England.

Matthew Cooper, Founder & Managing Director of Yes Homebuyers, said: “Ironically, London is arguably most in need of homes to address the current housing crisis but the capital ranks as the hottest spot where the number of properties being demolished is concerned.

Of course, in many cases, this is to make way for new developments and so demolitions certainly serve their purpose when it comes to aiding in the supply of new housing stock.

With the capital and a number of other regions seeing a year on year increase, there should be plenty of space for local government to work on supplying new homes to each region to address the issue of supply and demand imbalance.”