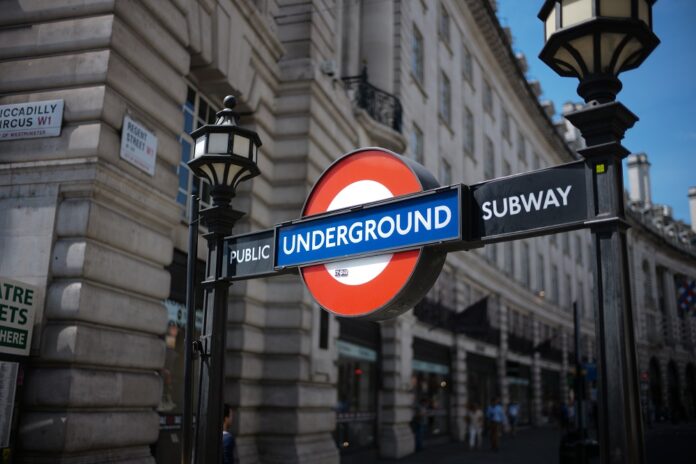 City Hall Conservatives have hit out at Sadiq Khan for overseeing almost 100 public transport strikes in his time as Mayor of London despite pledging to have “zero strikes”.

This Friday’s Tube strike will be the 95th public transport strike in the capital since Khan was elected in 2016.

Around 10,000 Tube workers belonging to the RMT union are expected to join a 24-hour walkout on Friday 19 August over fears that a long-term funding deal between TfL and the Government will result in job losses and changes to pensions.

Rogers said: “Londoners are once again facing major disruption because Sadiq Khan is focused on political posturing and not on getting a grip of TfL. The mayor should face down the militant unions, secure a long-term funding settlement for TfL, and end these strikes.”

Khan has denied that he pledged to have zero strikes in London during the 2016 mayoral election and says he instead stated that “all strikes are bad”.

But ahead of the 2016 London mayoral election, the then-candidate was recorded as saying he would “roll up my sleeves and make sure that I’m talking to everyone who runs public transport to make sure there are zero days of strikes” if elected.

NOW READ: Rail strikes cause City of London students to stay in hotels ahead of exams

A spokesperson for the Mayor of London said: “Sadiq is extremely disappointed about the strikes going ahead on London Underground this week. The strikes taking place across the country, as well as here in London, will cause disruption at a crucial time when we’re working to rebuild the country’s economy.

“Under this Government, we are seeing more and more strikes taking place across the country, and it’s no secret that the conditions placed on TfL as part of previous emergency funding deals with the Government following the impacts of the pandemic have been a primary motivator for strikes by London’s transport workers.

“Before the pandemic hit, Sadiq had reduced overall strike action on TfL services by over 70 per cent compared to the previous mayor’s record.”

RMT announced that its members would strike on 19 August earlier this month over TfL’s “refusal” to share details of a draft long-term funding proposal received by the Department for Transport at the end of July.

Mick Lynch, general secretary of RMT, said: “TfL have had ample opportunity to be transparent about the funding they will receive and to give Tube workers the assurances they need. Yet they have totally failed to give those guarantees.”

But the Mayor of London and TfL Commissioner Andy Byford have said that details of the draft proposal cannot be made public due to “market sensitive” information contained within.

Khan told the Local Democracy Reporting Service that he “can understand the concerns trade unions have got in relation to conditions attached by the Government”, but stressed that he will work to ensure “minimal conditions” attached to any funding deal.