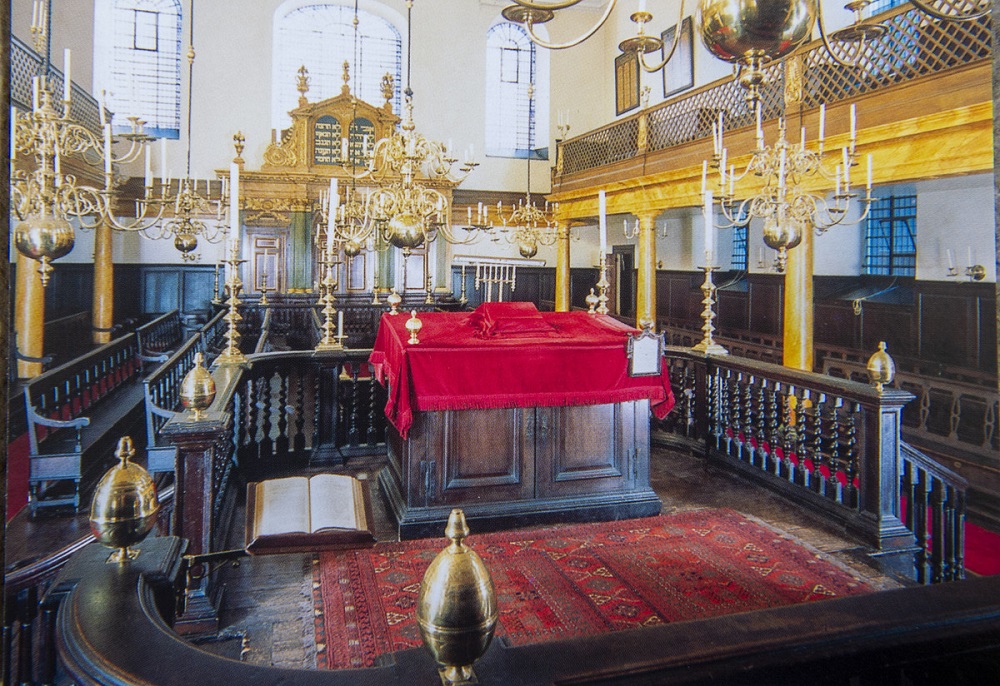 Bevis Marks synagogue in the City of London could be engulfed in darkness if two skyscrapers are built right next to it.

Britain’s oldest synagogue is under threat and could have as little as one hour of direct sunlight a day if planning permission is given to two office blocks.

Bevis Marks synagogue has been used for 320 years.

But now it may be permanently plunged into darkness as two new proposed tower blocks could be built on its flanks.

Bevis Marks’ rabbi Shalom Morris said: “It’s been an ongoing story of intrusion as more buildings are built near the synagogue. We have reached a tipping point where every new building built would lead to disaster.”

The rabbi told the Local Democracy Reporting Service that Bevis Marks synagogue would only have one hour of sunlight a day if the new 20-storey and 50-storey buildings are built 25 metres from the synagogue’s eastern windows.

The City of London Corporation has received 1,500 objections to the plans to build the new office blocks – split between 500 complaints about one building and 1,000 about the other.

Due to the historic status of the building, there are limitations to the number of artificial lights which can be added.

The building is lit by 240 candles and has limited electrical lighting making it dependent on daylight.

The lack of light could seriously disrupt worship and ultimately lead to the closure of the synagogue, religious leaders say.

Rabbi Morris added: “Bevis Marks synagogue is known throughout the world. We would expect the City of London to be as keen to protect this as we are.

“It’s a building from 1701. It’s grade one listed. As soon as you go into our court you feel like you have travelled back to the 18th century.”

He said: “I am both bewildered and perplexed at the way that the genuine considerations of heritage and the impacts of wind, light and community have been treated.

“This is a total disregard for one of the only surviving examples of an intact Wren style City place of worship with original interior.”

A City of London Corporation spokesperson said: “No decision has yet been made.

“The City of London Corporation’s Planning and Transportation Committee considers all relevant planning matters, including relevant representations both for and against a development, before taking a final decision on planning applications.

“We will not comment on specific applications ahead of a decision being made by the Committee.”