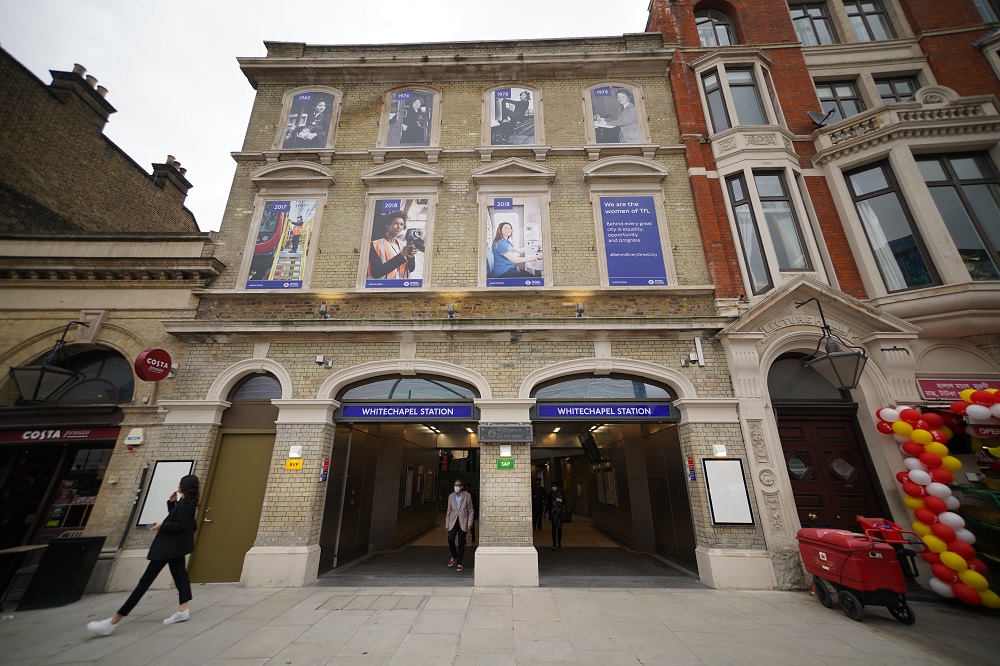 The original entrance to Whitechapel Station has reopened to passengers after being closed for renovations since 2016.

Dating back to 1876, the original façade of the entrance on Whitechapel Road has been repaired and cleaned and now leads into a brand-new ticket hall and concourse.

Passengers using the London Overground and the District and Hammersmith & City Tube lines will also now have step-free access with the introduction of new lifts in the station.

The renovation comes as the station prepares to almost double its capacity once the Elizabeth Line opens in 2022, with Crossrail officially handing over the brand-new Elizabeth Line platforms at Whitechapel to London Underground on Monday.

While there is excitement over the project’s completion, there are questions over the cost of the work which is estimated to be around £659 million which is far higher than the £110 million estimated in 2016.

It is thought construction difficulties have contributed to the increased cost, with Crossrail CEO Mark Wild saying that Whitechapel was “one of the most challenging Elizabeth Line stations to construct”.

But Mr Wild added, once opened, the Elizabeth Line will act as “an engine of economic activity” in the capital.

Andy Lord, managing director of London Underground, said the opening of the Elizabeth Line will be a “vital addition to the local community”.

He added: “This really is a stunning station and incorporates a renovated Victorian entrance and a green roof to boost biodiversity. I hope the local community will be as impressed with the station as I am.

“With step-free access to the London Underground and London Overground platforms now available, there are real benefits for customers, particularly those heading to The Royal London Hospital directly across the road.”

Before the COVID-19 pandemic, Whitechapel Station saw around 54,000 passengers passing through each day.

That number is expected to increase to around 95,000 once the Elizabeth Line opens in the first half of 2022.

Further work at the station is planned for early next year when Overground platforms will be raised to allow for level-boarding.