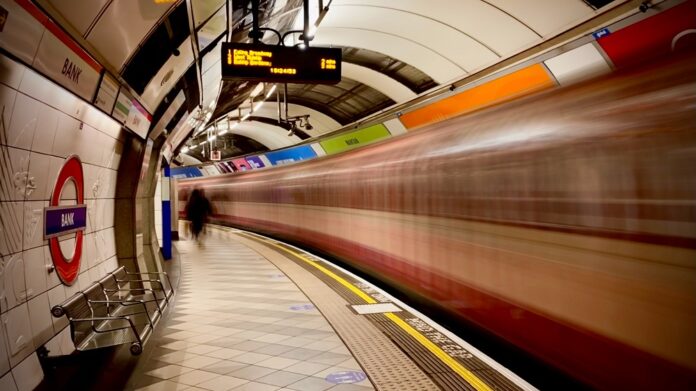 Commuters in London are set to benefit from mobile coverage at five more Tube stations within the next six months, Sadiq Khan has confirmed.

Passengers travelling from Bank, Oxford Circus, Tottenham Court Road, Euston, and Camden Town will be able to make calls and will benefit from 4G and 5G mobile data coverage once upgrades are completed by the start of next year.

It comes following a successful pilot of mobile connectivity on the Jubilee Line between Westminster and Canning Town in 2020, which was made permanent this year.

TfL awarded a 20-year contract to BAI Communications in June 2021 to deliver mobile connectivity on the Underground following Sadiq Khan’s re-election pledge to roll out coverage across the entire Tube network.

Vodafone and Virgin Media O2 have joined BAI’s network, meaning all four UK mobile network operators are now signed up and will be able to deliver connectivity on the Tube.

Khan said that improving connectivity and digital infrastructure in the capital was “central to London’s economic recovery from the pandemic” and that he was “delighted” that more customers would have access to high-speed internet on the Tube.

He said: “I committed to Londoners that I would deliver 4G throughout the Tube network as part of my determination to build a better London for everyone – and I have no doubt that this will transform journeys for millions of passengers.”

TfL has said it hopes that mobile connectivity at the five additional stations will be available over the festive season.

Mobile coverage at some stations and in tunnels on parts of the Central Line in the City and West End is expected to go live by summer 2023.