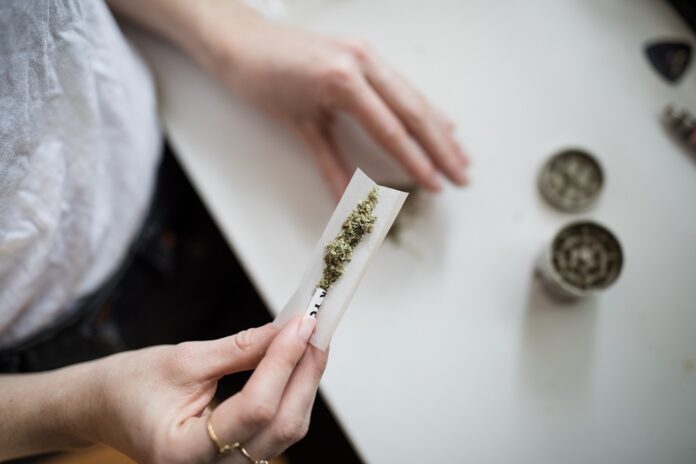 Sadiq Khan has appointed Lord Charlie Falconer to lead a London Drugs Commission which will examine the potential benefits of legalising cannabis.

The commission will be made up of independent experts in the fields of criminal justice, public health and politics who will examine the effectiveness of UK laws around the Class B drug and the potential for reducing harm among users.

University College London (UCL) will lead research for the commission into the health, criminal justice and economic impacts that any change in policy could have.

The announcement was made during a visit by the Mayor of London to Los Angeles in California, which legalised cannabis back in 2016.

Khan visited a cannabis dispensary where he spoke with retailers, law enforcement and local government officials about the impact that legalisation has had in the US state.

Cannabis-related arrests have fallen by 56 percent in California since the drug became legal in 2016.

The Mayor of London said that “we must learn from others when considering our approach” to drug laws and that the new London Drugs Commission – led by Lord Falconer – will make recommendations around cannabis laws “to help tackle drug related crime, protect Londoners’ health and reduce the huge damage that illegal drugs cause to our communities”.

Khan said: “I am delighted to announce that Lord Charlie Falconer QC will be the chair of the first-ever London Drugs Commission. As a widely respected QC and former Justice Secretary, Lord Falconer brings decades of experience.

“The illegal drugs trade causes huge damage to our society and we need to do more to tackle this epidemic and further the debate around our drugs laws. That’s why I am here today in L.A. to see first-hand the approach they have taken to cannabis.”

The establishment of a London Drugs Commission to examine the benefits of legalising cannabis was a key manifesto pledge for Sadiq Khan during last year’s mayoral re-election campaign.

Experts told the committee that a greater focus was needed on Class A drugs, and that harm reduction methods such as drug consumption rooms and drug checking should be considered in the capital.

Green Party Assembly Member Caroline Russell, who was at the time chair of the health committee, on Thursday said that the mayor’s Drugs Commission “completely overlooks the impact of Class A drugs; one of the biggest factors causing drug harm and death”.

Russell said: “The mayor’s own announcement says there were 4,561 deaths related to drug poisoning in 2020; refusing to look at Class A drugs means no progress will be made in reducing the health harm and deaths these drugs cause.

“I urge the mayor again to act on the recommendations set out in the Assembly’s report Reducing Drug Deaths in London. Measures like overdose prevention rooms, drug testing services, and getting the police to carry life-saving naloxone to combat overdose would reduce the impact of harmful drug use in London and support some of London’s most vulnerable people.”

Khan has stressed that Class A drugs will not be within the remit of the London Drugs Commission.