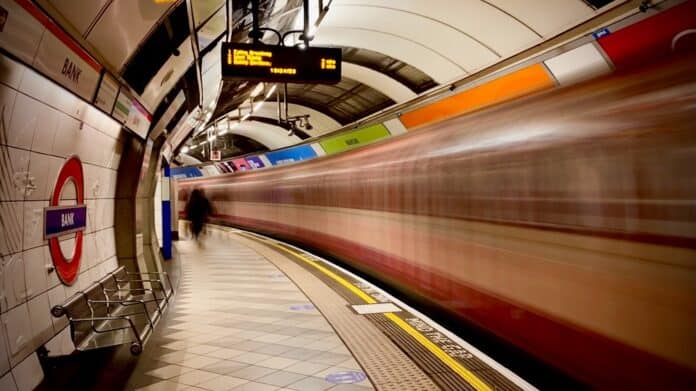 The transport funding row between the Government and City Hall picked up on Wednesday as Transport Secretary Grant Shapps accused TfL of failing to meet the savings targets imposed as part of the current funding deal.

The current deal, agreed in February, is due to expire in less than a week’s time but negotiations between TfL and the Department for Transport appear to be at a stalemate.

Under the terms of February’s deal, Mayor of London Sadiq Khan was required to outline how TfL would deliver operating cost savings of up to £400 million in 2022/23.

But speaking in the House of Commons on Wednesday, Shapps said the Government was yet to see “the level of savings that are required”.

Shapps, who has been Secretary of State for Transport since 2019, said that TfL was “behind” on providing the details of how the savings would be achieved.

He added that any funding deal “has to be a fair balance between the taxpayer nationwide and what happens in London”.

But Khan has hit back and said that London’s transport network is a “fundamental” driver of economic prosperity across the UK and has urged the Transport Secretary to “come to the table to agree a fair, long-term funding”.

A spokesperson for Khan said: “TfL has already been making every efficiency saving it can to try to protect services, cutting annual running costs by £1 billion over the last five years and slashing its operating deficit by 71 per cent.

NOW READ: More than 100 TfL staff have died from COVID since pandemic’s start

Not only that, despite London receiving far less government funding for its public transport than other comparable global cities, pre-pandemic, TfL was on track to deliver £1.4 billion a year of recurring savings since 2016, with £1 billion of those already secured.”

TfL’s finances have been in a black hole since the start of the pandemic when fare revenue dropped by 90 per cent, something Khan’s spokesperson said Shapps “knows full well”.

City Hall has warned that a failure to secure long-term funding will lead to service cuts and the deterioration of the transport network, with several capital projects having to be abandoned.

TfL is currently holding a public consultation on cuts to London’s bus service which could result in 16 routes being axed entirely and 78 routes being amended.

Meanwhile, planned upgrades to Rotherhithe Tunnel have been put on the shelf while several other large-scale projects have been axed, including Crossrail 2 and the extension of the Bakerloo Line.

In a letter sent to the Transport Secretary last week, Khan revealed that he was yet to hear directly from him, while 20 meetings between TfL and the Department for Transport have been cancelled since February.

Khan has said it is “absolutely imperative” for a meeting to take place before the 24 June funding deadline.