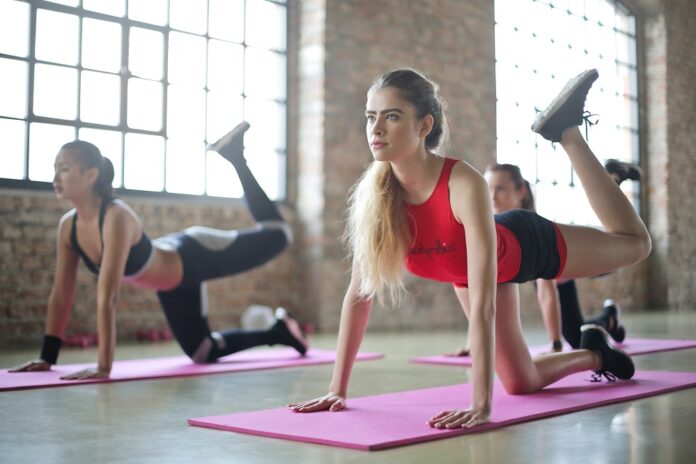 Whether you’re looking to stretch between meals this Christmas, or after a New Year’s resolution to get you looking toned and feeling great, look no further than the best yoga studios in the City of London.

Yoga has a plethora of benefits inside and out. Not only does your body feel fitter, but it works wonders for your mental health, too.

Breathe out the stress of the past two years and get into shape at one of our favourite yoga studios in the City of London. If you’re a beginner or full-time yogi, there’s a class for you. 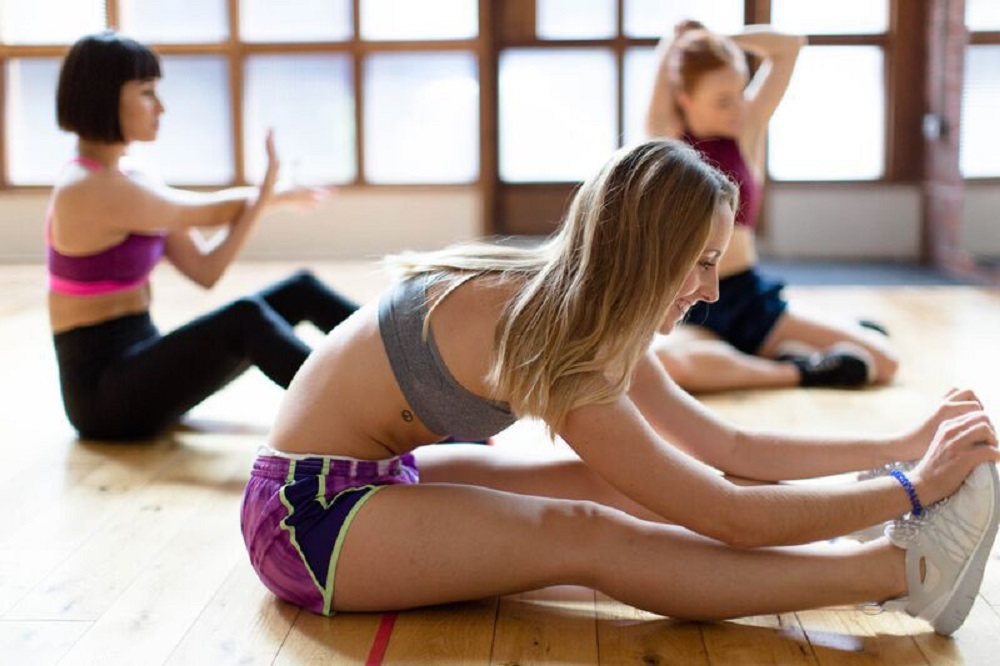 MoreYoga is a set of many yoga studios situated about the capital. Staff pride themselves on offering elite teaching in an accessible environment, at a price that isn’t an obstacle. They are working hard to make yoga far more accessible believing the benefits should be enjoyed by the masses. And as it is all about being affordable, you won’t be getting all the bells and whistles you may come to expect from the luxury end of fitness spaces. Studios have small changing rooms (much like those in a retail clothes store) and there are no showers full of amazing shampoos, lotions and soap – all left out to reduce costs. For the team at MoreYoga, it’s all about the yoga itself – no frills are needed.
moreyoga.co.uk
Various locations in the City

The Fierce Grace team works hard to help demystify hot yoga. It isn’t an Indian secret mystery club; nor is it about being the strongest or most flexible person in the room. The massive 2,200sq ft underground City studio located by Old Street is a Mecca of hot yoga in London. It boasts eight different classes made for the yoga shy, the injured, and the advanced yogis, too. It isn’t just for the young and fit folk out there. We’ve never been to a yoga class which has such a varied make up of people taking part. That’s what makes this space so special.
fiercegrace.com
53-55 East Road N1 6AH 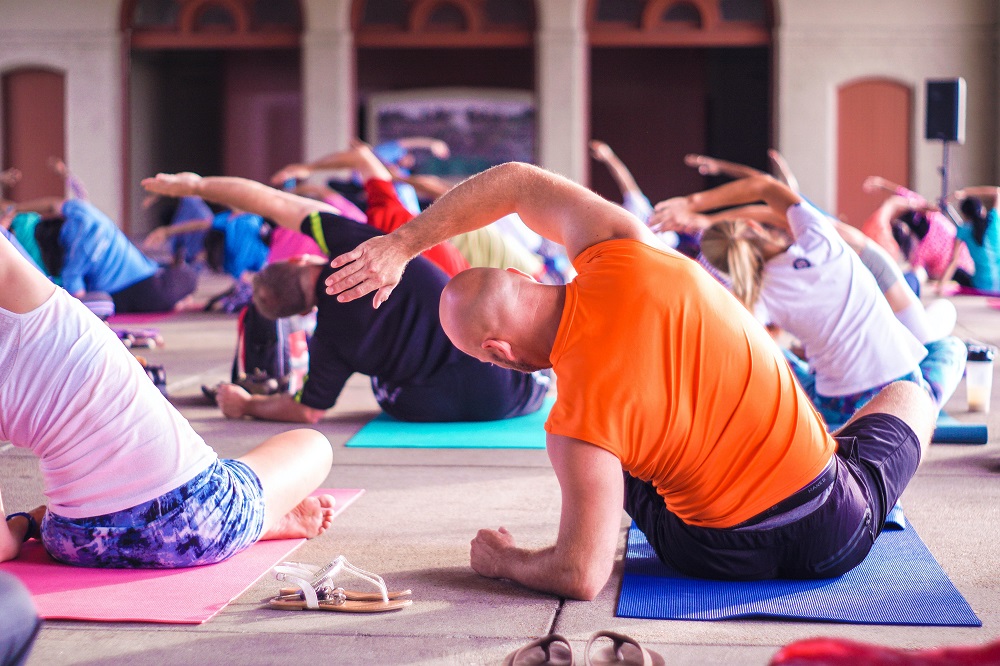 Named after a beach in Hawaii, Digme is a fitness studio not about elite performance, but rather pushing individual goals and feeling healthier for simply getting off the sofa. Located in studios near Bank, Moorgate, Monument and Cannon Street tube stations, each one offers something a little different. Head to the Bank studio to enjoy a mindful Yoga Flow, which is a calm breath-lead vinyasa class. Or, for something a little tougher, try Hot Power Yoga. Set in a 32-degree heated studio, this class helps you to really get deep into your poses.
digmefitness.com
40 Coleman Street EC2R 5EH

Full of ’80s nostalgia, FRAME was created in 2009 with the mantra that getting fit should never feel like a chore and be a lot of fun. And, with sessions called Disco Flow and Happy Hour Yoga, you know the classes follow the mantra to a T. Frame has a whole host of incredible WFH yoga options too, including the Anti-kitchen Desk Yoga, which is great for targeting your aches and pains after being hunched over your kitchen table. You can also take part in meditation classes after a yoga session. Chill out listening to the healing vibrations of the Tibetan bowls, gongs and rainsticks – perfect during stressful times.
moveyourframe.com
29 New Inn Yard EC2A 3EY 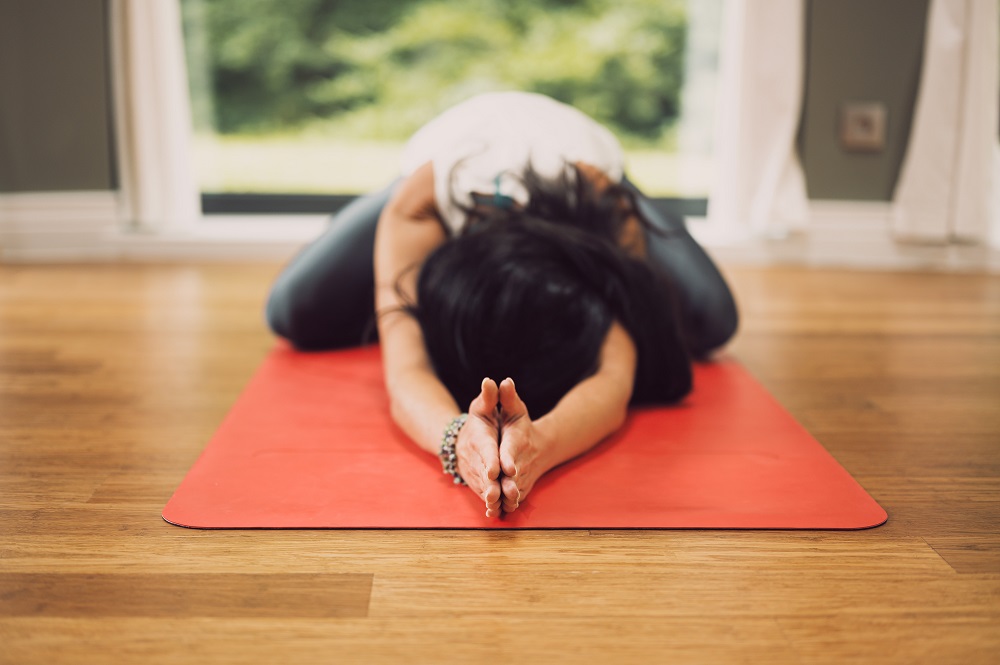 Triyoga is not only a yoga studio, but also a destination for yoga bunnies across the capital. The fitness mecca is not only home to expert yoga classes but also workshops and courses for those wanting to perfect their downward dog and teach themselves. From classes for beginners to pre-natal posture sessions, there’s something for every age and ability. The experts also offer therapeutic massages to help your muscles recover after a good stretch. Plus, if you’re looking to escape the City after the holidays, you can book a three-day yoga retreat to help you start the year off feeling rejuvenated.
triyoga.co.uk
10 Cygnet Street E1 6GW