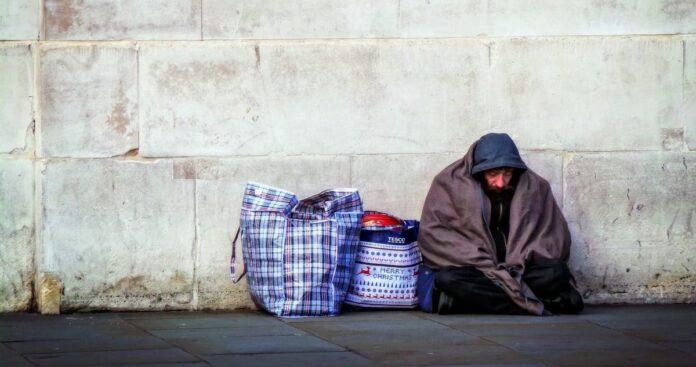 New figures show that approximately 348 people were sleeping rough in the City of London in the year to April 2018.

And while this marks a decrease in the number of rough sleepers locally, City & East London Assembly Member Unmesh Desai has demanded “drastic action” to help those still without a roof to rest under.

He said: “With the lives and wellbeing of local people at stake, we cannot afford for the government to sit on its hands.”

Last year, a National Audit Office (NAO) report found that evictions in the private rented sector were the biggest single driver of homelessness nationally. The NAO attributed the rise in evictions to government welfare reforms, in particular, the capping and freezing of Local Housing Allowance.

Mr Desai says that, in London, the roll out of Universal Credit is also leaving residents struggling to keep up with their rent due to payment delays.

There is now a housing emergency in this country and only radical action on #SocialHousing can fix it. The government also needs to ensure benefits cover the real cost of renting and make #LongerTenancies law. #PoliticsLive pic.twitter.com/utRdn5HqWV

In February this year, a BBC investigation found that 70% of council tenants on universal credit were in rent arrears.

“It is shameful that so many Londoners have been left to suffer, and in the most tragic circumstances, perish, on our streets.

“Thousands more families are left to languish in unsuitable temporary accommodation, and hidden homelessness is also on the increase. With the right political interventions, we can turn this sad situation around.”

‘Hidden homelessness’ is also on the rise in London. Across the Capital, more than 54,500 households are reliant on temporary accommodation.

The latest government data shows that as of March this year, the City of London had 15 households in temporary accommodation.

Mr Desai added: “The Prime Minister tells us austerity has had its time. I want to see her warm words followed with action to reverse the government’s ruthless cuts to public services.

“I want to see the Government swiftly reconsider their disastrous welfare reforms which have presided over a rise in homelessness.”

A City of London Corporation spokesperson said the authority was “absolutely committed” to helping get people off the streets.

“Homelessness is an issue that remains a real challenge across London and we welcome the reduction in the City’s yearly rough sleepers count from the previous 379.

“We are working with our partners to provide a holistic approach to the health and wellbeing of our rough sleepers, which includes long-term accommodation, enabling access to mental health services, GP registrations and dental care.

“Our new assessment hub service allows us to build on our existing support, offering emergency accommodation and providing assistance that best matches the needs of homeless people in the Square Mile.