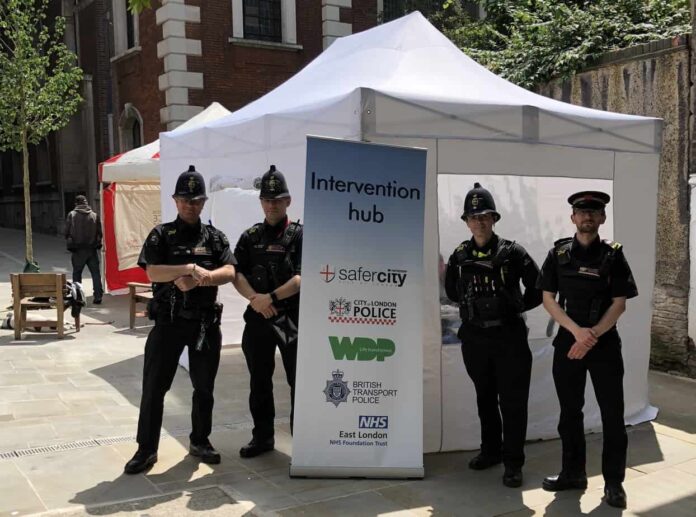 Rehab support and emergency accommodation are just two of the vital services being offered at a new ‘intervention hub’ in the City.

The move follows a charity report published in November 2017 which ranked the City among the worst 50 boroughs in the UK for homelessness.

Data collected by Shelter showed that one in 125 of the Square Mile’s population were classified as homeless, with around 75 people sleeping rough at the time.

The City suffered due to its comparatively small number of residents: in Newham, the worst performing borough in the standings, the ratio was close to one in 25.

Chief inspector Jesse Wynne from City Police’s community team said that people find themselves on the streets for “a whole variety of reasons”.

She added: “Our ultimate goal is to offer appropriate assistance to those sleeping rough and to help them through working closely with our partners. Effective prevention and support services should mean there isn’t a need for enforcement by the police.

“Tackling homelessness requires all elements of the public and third sector to work together. Through this initiative we believe combining our efforts is the way to make a real difference.”

The first hub was held on 13 June, and individuals were invited via ‘intervention notices’ distributed by officers.

Medical assistance for mental health and wellbeing, as well as drug and alcohol addiction support, form part of the support structure offered by the hub. Shelter puts the total number of homeless people in Britain at 300,000. Randall Anderson, chairman of the City of London Corporation’s community and children’s services committee, said communities across London are facing “a real challenge” in preventing homelessness and getting those who are down and out back on their feet.

He said: “The intervention hubs are an important piece of partnership work which represents an excellent opportunity to help more people find appropriate housing and build new lives.

“We are working hard to support rough sleepers every day, offering emergency accommodation and providing help that best matches their needs.

“The City Corporation is committed to supporting people who find themselves

sleeping rough, and working closely with our partners we are identifying new solutions to reduce the risk of homelessness in the Square Mile.”

The initiative is being run by a number of organisations including City of London Police and the City Corporation, St Mungo’s, Westminster Drug Project, and NHS East London Foundation Trust.