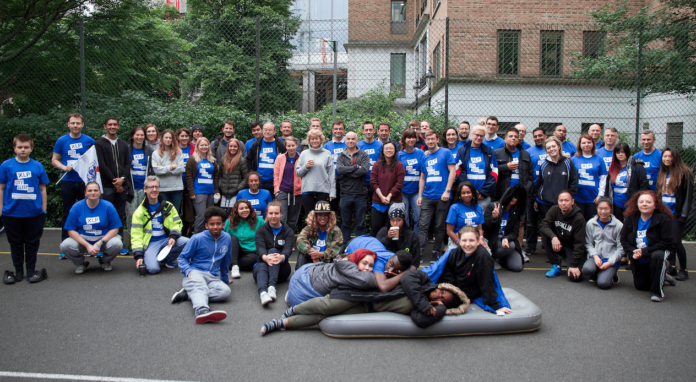 Young Christians and big-hearted City suits spent a night sleeping rough to raise crucial funds in the fight against homelessness.

The eXcel Project (XLP) teamed up with St Botolph-without-Bishopsgate to drum up £30,000 in donations from businesses, workers and residents.

Staff from local firms including ING Bank, Hampshire Trust Bank, Indigo Planning, DP9, and Designer Wallpapers were recruited to sleep out on St Botolph’s court for a night to raise awareness of the charity’s work.

Chris Watkins, Churchwarden at St Botolph’s, said:“We were delighted to hear about the success of the sleepout at our St Botolph’s Day service, which fell shortly afterwards and was attended by several representatives of XLP. Well done to all concerned.”

Founded in 1996, the charity XLP has grown from working in a single school to operating in over 75 schools and numerous communities across many London boroughs. It also works on 22 inner London estates using both community facilities and its own double-decker bus.

Michael Horsley, XLP’s head of corporate partnerships, said: “This was a great chance for our corporate supporters to see the church at the vanguard in helping to tackle social justice issues.”