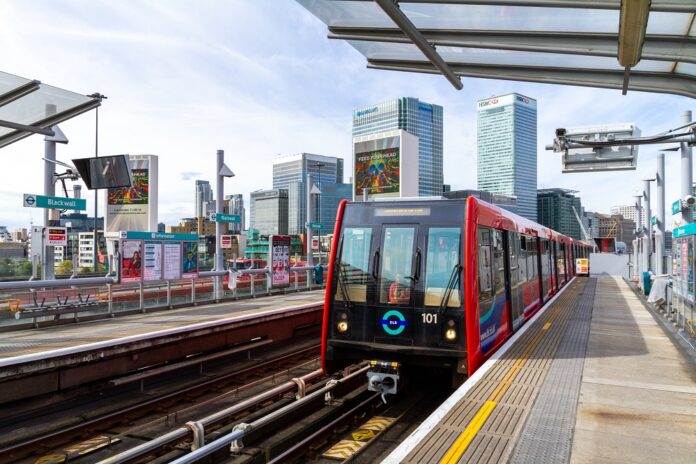 Transport for London has apologised after a journalist said he was racially profiled by a ticket inspector at a station in east London.

Sky News correspondent Shingi Mararike posted on Twitter that he was on his way home on Tuesday evening when a ticket inspector stopped him on board a DLR train “because apparently I matched the description of someone who has ‘persistently’ dodged the train fare at Shadwell station in east London, including yesterday”.

But Mr Mararike said he was not at the station on the previous day and had been through the station “maybe once this year”.

He wrote on Twitter: “Yet, a ticket inspector jumped on the train, and stopped it from leaving to check my ticket in front of lots of other people. He told me I’d been caught on CCTV dodging the fare more than once.

“So not only did he profile me, but he chose to presume I was guilty. After he checked my ticket, he simply walked off and said, ‘it’s valid this time’.”

He added that he wanted to share his experience to highlight that “this sort of thing happens and, when it does, it is exhausting and unfair”.

Mr Mararike’s experience prompted an angry response online, including from London Assembly Member Caroline Russell, who tweeted that it was “disgraceful treatment”.

Russell said it was “disappointing to see the need to repair trust and confidence with Londoners extends beyond the Met Police”.

Dance, who replaced Heidi Alexander as Deputy Mayor for Transport in January, urged Mr Mararike to issue a formal complaint and said he would “pursue this as a matter of priority on behalf of the Mayor [of London]”.

TfL has said it is “deeply concerned” to hear about Mr Mararike’s experience and has issued an apology.

Tom Page, General Manager of Docklands Light Railway, said: “We are deeply concerned to hear of Mr Mararike’s experience on our network and we apologise for the way he was treated. We are investigating the matter urgently with the operator Keolis Amey Docklands.”