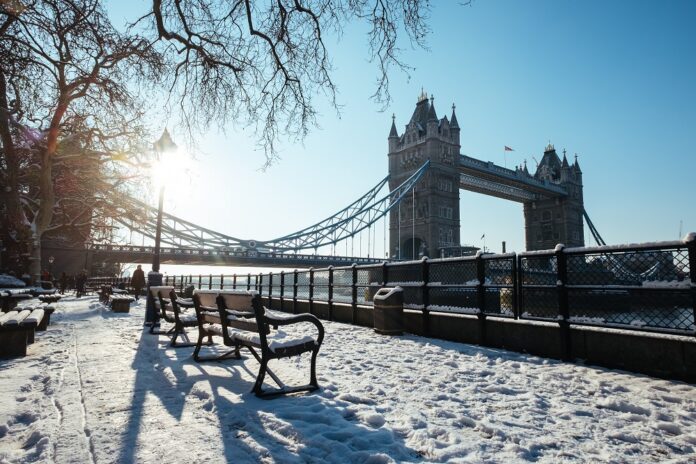 The Square Mile police force is putting more officers on the beat and opening a City of London Night Safety Hub as the Square Mile prepares for a much busier festive period with Operation Illuminate.

Things were pretty quite for Christmas 2020, with much of the City, London and country as a whole in tough lockdown measures.

But it is looking as if people will have much greater freedoms this time around and City of London Police says it is moving to ensure it has officers on the streets day and night.

A number of safety initiatives make up Operation Illuminate, including the launch of a new Night Safety Hub, a safe space at St Botolph’s Orthodox Church, Bishopsgate.

Operating in partnership with the City of London Corporation, St John Ambulance and Victim Support, the Night Safety Hub will be a sanctuary for everyone, but especially women, who need advice, support or medical attention, or would like to report a crime.

Street Safe, an online tool which allows you to report locations where you feel or have felt unsafe in the City, is also in operation.

Data is used to pinpoint hotspots that may need an increased police presence, ensuring officers are in the right place at the right time.

The Ask For Angela initiative, meanwhile, provides members of the public with a phrase they can use to get help from staff if they feel unsafe or uncomfortable in bars and clubs.

Alongside more officers on the streets, City of London Police is also working closely with British Transport Police and the Metropolitan Police Service to increase its presence at major transport hubs.

Detective Chief Superintendent, Becky Riggs, of the City of London Police, said: “Over the festive season, London is a unique and exciting place to be, with things to do 24 hours a day, and a large number of visitors coming into the Square Mile to enjoy everything it has to offer.

“If you’re here in the City of London, you can expect to see our officers day and night. They will be focusing on keeping you safe, especially if you’re here to enjoy a night out.

“No one wants their celebrations ruined by violence, unwanted sexual behaviour, antisocial behaviour, or their possessions being stolen. It’s our job to help make sure everyone can enjoy the festive season safely.

“We also ask people to play their part in keeping themselves and others safe. We rely on you to be our extra eyes and ears. If you see something that doesn’t look right, report in confidence at gov.uk/ACT, or call 999 in an emergency.

“You won’t be wasting our time. Any piece of information could be important, it is better to be safe and report. You won’t ruin lives, but you might save them.”