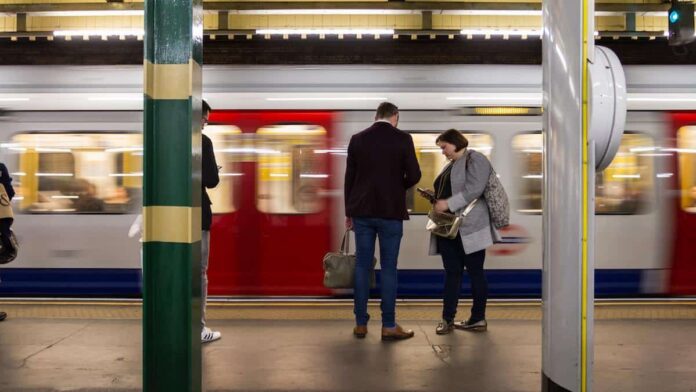 The Mayor of London has announced he will be freezing all fares on Transport for London (TfL) networks.

Sadiq Khan has confirmed fares on the bus and tram, as well as pay-as-you-go journeys on the Tube, DLR, Emirates Air Line and rail service –  where TfL fares apply – will be frozen from January next year.

He said: “Millions of passengers have already benefited from our TfL fares freeze and our expanded ‘Hopper’ fare since I became Mayor, and keeping transport fares affordable is a vital part of encouraging more people out of their cars and on to cleaner public transport.”

The move comes as the government announced it would be increasing rail fares nationally by 3.1%.

Mr Khan added: “Our TfL fares freeze is in contrast to the failing private rail companies, who are once again hitting London’s suburban rail passengers with an unjustified fares hike.

“Given the daily experience of cancellations and overcrowding, the hike in rail fares is another kick in the teeth for fed-up rail passengers.”

But Mr Khan came under fire for the move, especially by those arguing it would have a negative impact upon TfL’s finances.

The chairman of the London Assembly budget and performance committee, Gareth Bacon, said: “Obviously, keeping travel costs down for Londoners is a commendable aim but TfL faces unprecedented financial pressures and is running a deficit of £1 billion for 2018/19.

“Estimates that the Mayor’s current fares freeze will cost around £640million over the four-year Mayoral term, combined with delays to the opening of Crossrail, have compounded the problems.

“TfL is in choppy waters and a calm captain is required to steer the organisation through the coming years.

“Londoners and visitors deserve affordable travel, but crowd-pleasing policies must be properly costed, due to the serious implications they will have on the future financial viability of TfL.”

Conservative London Assembly Member Keith Prince added: “This reckless financial mismanagement has meant that crucial infrastructure upgrades, such as the planned Northern line improvements, have been cancelled, while dozens of bus routes are set to be cut.

“With only pay-as-you-go fares being frozen, this move is a slap in the face to Londoners shelling out thousands on season tickets.”