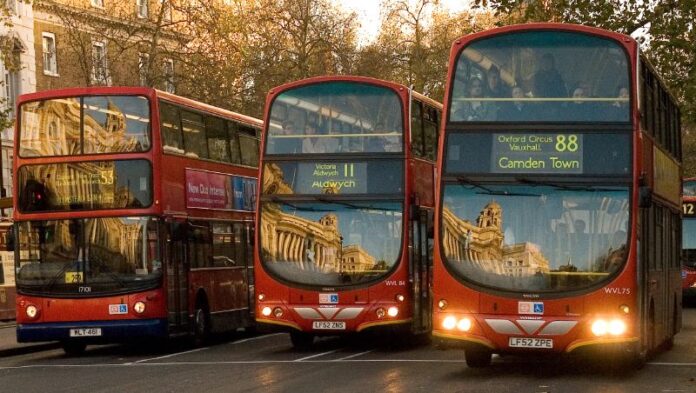 Planned cuts to bus services in the City of London are likely to win the support of politicians because they are in line with ambitious aims to cut traffic in the Square Mile.

The move is part of Transport for London’s shake-up of bus services across the capital.  It said the number of passengers has dropped by 8% and wants to make cost savings which can be spent on services elsewhere.

The proposals will affect 16 buses which pass through the City. The tourist-friendly RV1 which  runs between Covent Garden and Tower Gateway, 48 from Walthamstow to London Bridge and the night-time 271 bus from South Grove in Highgate to Finsbury Square are facing the chop.

TfL also wants to re-route or extend other routes.

A report before the Corporation’s planning and transportation committee pointed out the changes will cut congestion, journey times and reduce the environmental impacts of motor vehicles.

It said most City streets will not be affected by the changes. However there would be a drop in the number of bus services travelling through other streets each hour, whilst others might see an increase.

Whilst there are only 8,000 residents, there are 414,000 people working in the Square Mile, most of whom use public transport to get to work.

Landmarks including St Paul’s Cathedral and the Museum of London  also draw thousands of tourists to the area.

The corporation recently launched a radical transport policy for the next 25 years. It includes a 15mph speed limit – thought to be the the first in the country.

It also wants to cut the amount of traffic in the City and reduce deliveries by 50% by 2030, with measures such as timing access to streets in the Square Mile.

Committee chairman Chris Hayward said:“We know that the way that the vast majority of people get to the City is different than elsewhere across the world, with 93% of commuters arriving here by public transport, walking or cycling.”

The report advises committee members to support TfL’s proposals, “because they are in line with the aims of the City”.