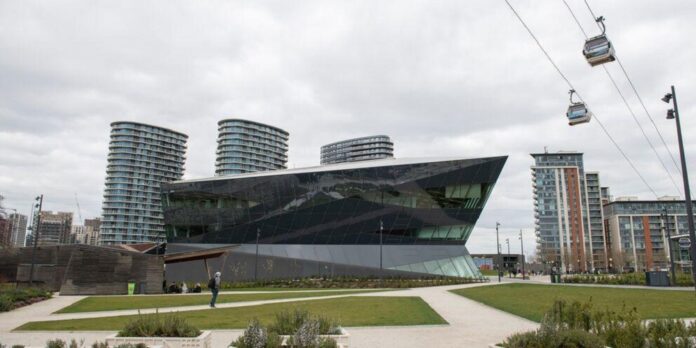 City Hall may not be providing taxpayers with value for money and there is “reason to be concerned” over its procurement activities, a new report has found.

The Greater London Authority (GLA), which includes TfL, spends around £10 billion a year handing out contracts for infrastructure projects and redevelopments.

But a new report from the GLA Oversight Committee has warned that taxpayer money may be going to waste, with procurement arrangements “not being followed in all cases” leading to a “significant amount” of single-source tender agreements.

Recent high-profile projects including the Bond Street Crossrail station and the Silvertown Tunnel have been the subject of much controversy over the tender processes.

Following TfL’s decision to award the contract for Silvertown Tunnel to the Riverlinx Consortium in 2019, it was slapped with legal action and forced into an out of court financial settlement with the Silver Thames Connect group which argued its bid provided greater value for money.

Similarly, Crossrail was reported to have paid out £19 million to the Costain Skanska joint venture following an agreement to terminate the contract to deliver the new Elizabeth Line station at Bond Street, which was 18 months behind schedule at the time.

Lib Dem London Assembly Member Caroline Pidgeon, who was chair of the GLA Oversight Committee during the writing of the report, said that “a number of procurements have given this committee reason to be concerned”.

She said: “It’s claimed that the GLA Group’s vast buying power should help create a fairer, greener and more equitable city – but we discovered that procurement arrangements were not being followed in all cases. This led to a significant amount of single-source tender arrangements, which may not have provided value for money.

“The scale of the expenditure makes this an area that is vital to get right, in order to deliver value for money for Londoners.”

Famously under then-Mayor of London Boris Johnson, the failed Garden Bridge project cost the taxpayer £42.86million after the project was abandoned.

The Oversight Committee’s report also makes mention of other projects, including the Royal Albert Docks regeneration, which was the subject of a Channel 4 news investigation in 2014 over claims that the developer was given “favourable treatment” during the tender process.

The contract with Advanced Business Parks was terminated in August 2021 after the developer proved “unable to meet all of its obligations”.

Several recommendations have been made by the GLA Oversight Committee as a result of the report, including a call for greater transparency and a more robust evaluation process for future procurements “to prevent any future legal challenges”.

The committee has also called on TfL to provide a formal review into the procurement and delivery of Bond Street Crossrail station “to ensure lessons are learned for future projects”.

Jonathan Patrick, TfL’s chief procurement officer, said: “We welcome the London Assembly’s report into procurement across the GLA and will review and respond to the recommendations in due course. We regularly review our robust procurement procedures and assurance processes to ensure that we can learn from previous procurements and further ensure value for money as well as our commitment to transparency.”