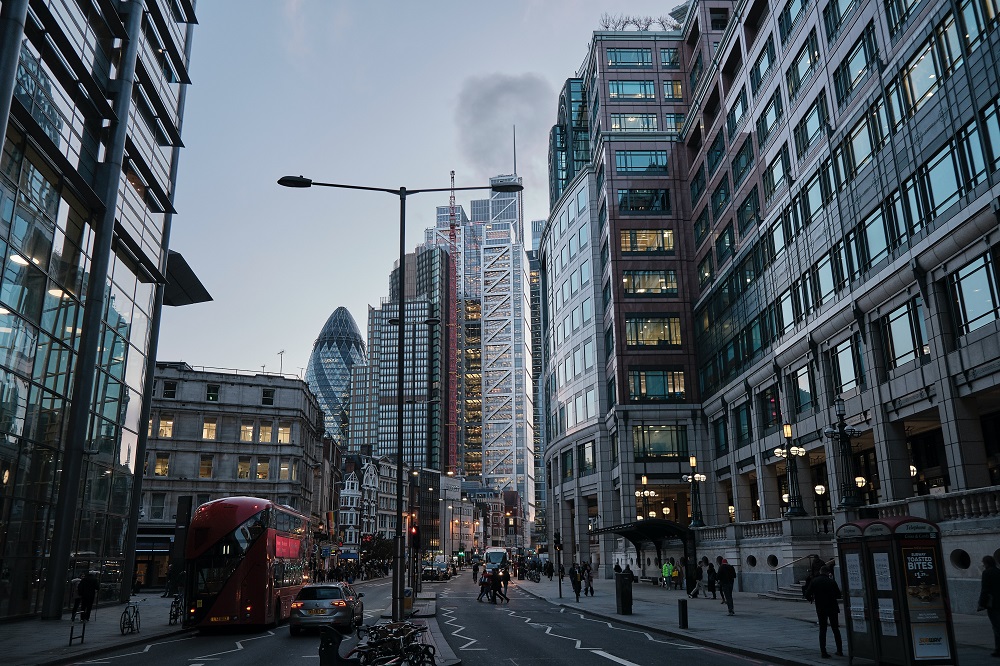 Rent prices in the City of London have dropped dramatically in the aftermath of the pandemic.

The cost of living in the Square Mile fell 22 percent compared to 2019.

Although the City has emerged from hibernation Tube journeys into Central London are still below pre-pandemic levels.

Similarly, many office workers are travelling into the Square Mile less often.

Many are working on Tuesdays, Wednesdays and Thursdays instead of every weekday.

The City of London Corporation has tried to entice workers back to the area by offering special offers at pubs and restaurants throughout the autumn and highlighting upcoming events.

The organisation hopes to transform the area into a culture mile with art galleries, cinemas and theatres all planned for the district.

But Benham and Reeves says rent prices in the City of London are now dropping at a rate of around 11 percent each year, while outer London town rents are rocketing.

NOW READ: Waterloo and City Tube line will fully reopen from next month

Prices have risen 20 percent each year in Kingston while Bexley has seen an 18 per ent increase.

The outer areas of the capital have flourished and overall the average London rent is now 5.7 percent higher than it was in 2019,

Benham and Reeves Director Marc von Grundherr said: “The London rental market has arguably been the worst hit as a result of the pandemic and we’re unlikely to see a period of such unexpected uncertainty again in our lifetime.

“Demand for rental homes evaporated almost overnight during the pandemic causing a surplus of stock on the market while rental prices plummeted.

“But the London market is nothing but resilient and when the tide starts to turn, it turns very quickly indeed. We’ve seen house prices in the capital enjoy the largest monthly bounce of all regions in a single month having trailed the rest of the nation for almost two years and the same revival is also apparent across the rental market.”