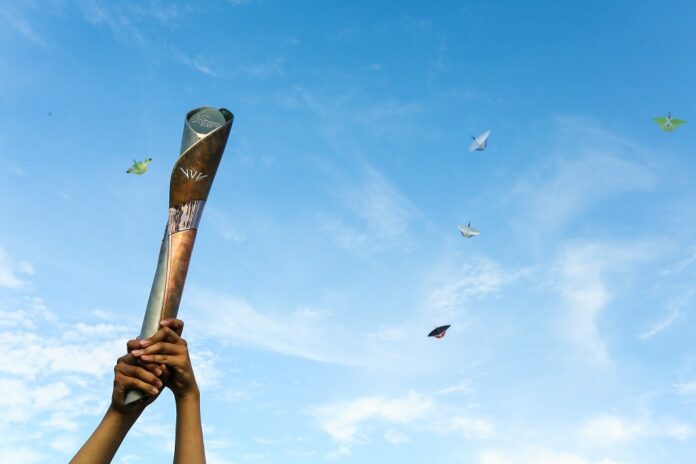 An afternoon of sport-themed family fun is coming to the Square Mile with the Birmingham 2022 Queen’s Baton Relay visiting Paternoster Square over the Platinum Jubilee weekend.

The Baton will come to the site, next to St Paul’s Cathedral, on Saturday June 4 as it nears the end of its journey through all 72 Commonwealth nations and territories ahead of this summer’s Commonwealth Games.

The square will host a three-hour event with the chance to take part in a Commonwealth Games sport, including basketball, with the London Lions – the capital’s only pro basketball team – and table tennis, with sports charity Greenhouse Sports.

Meanwhile, visitors can pose for pictures with the Baton, enjoy street theatre and live music and buy street foods from around the world, provided by Urban Food Fest.

City of London Corporation Policy Chairman Chris Hayward said: “This event will offer Londoners the chance to share in the excitement as the Queen’s Baton Relay nears the end of its epic journey around the Commonwealth.

“Blending sport, street theatre and street food, it will bring vibrancy and life to one of the City’s key public squares during a weekend of celebrations to mark Her Majesty The Queen’s long reign.”

The Queen’s Baton will arrive at Blackfriars Pier at 12.15pm before making its way through the City streets to Paternoster Square.

The event will feature street theatre including Doubles – a high-energy collision of dance and table tennis – and the Bureau of Silly Ideas’ Shirt or Squirt static bicycle challenge. Live music will come from the UnSwung heroes brass band.

The event runs on Saturday June 4 from noon to 3pm. For more information, visit cityoflondon.gov.uk/batonrelay