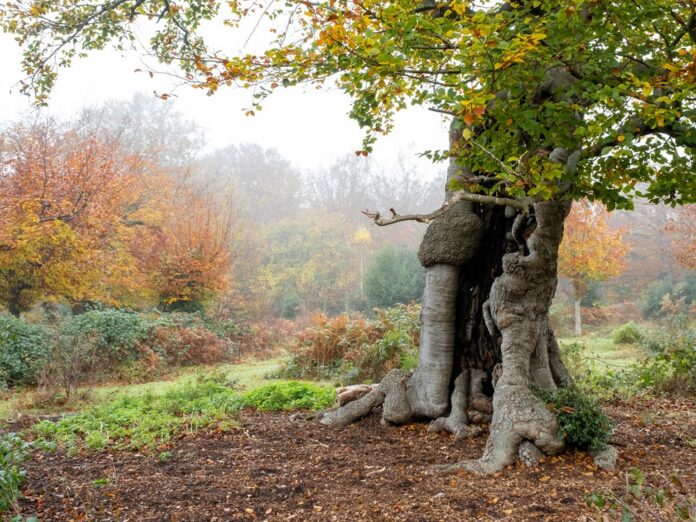 The City of London Corporation’s open spaces are set to be part of ‘Ancient Canopy’ to celebrate Platinum Jubilee.

Epping Forest, Burnham Beeches and Ashtead Common have been chosen as part of a nationwide network of 70 ancient woodlands to be dedicated to The Queen in celebration of the Platinum Jubilee.

The Queen’s Green Canopy recently announced the network of 70 ancient woodlands and 70 ancient trees across the United Kingdom which will form part of the ‘Ancient Canopy’ to celebrate Her Majesty’s 70 years of service.

The initiative was launched by His Royal Highness The Prince of Wales, who is Patron of The Queen’s Green Canopy.

The Ancient Canopy is an opportunity to protect and appreciate ancient woodlands and trees.

A Black Mulberry tree in the grounds of the Keats House Museum, Hampstead, has also been dedicated as an ancient tree as part of the Queen’s Green Canopy. The mulberry tree grows in the garden of the house where Romantic poet John Keats wrote some of his most famous poems including ‘Ode to a Nightingale’, said to have been written in the garden.

Caroline Haines, Chair of the City of London Corporation’s Open Spaces Committee said: “We are thrilled to have a number of our woodlands celebrated and recognised in the Queen’s Green Canopy.

“It is a chance to highlight the heritage of these wonderful ancient trees, whilst teaching about the importance of their conservation and how we must continue to work hard preserving them.

“These woodlands hold memories and stories for so many, and we want them to be there in years to come for future generations to enjoy.”

By sharing the stories behind the ancient woodlands and trees, as well as the incredible efforts that are made to protect them, The Queen’s Green Canopy aims to raise awareness of these treasured habitats and the importance of conserving them for future generations.

The City Corporation manages over 11,000 acres of open space in London and south east England, including Epping Forest and Hampstead Heath, and over 200 smaller sites in the Square Mile, investing over £38million a year.