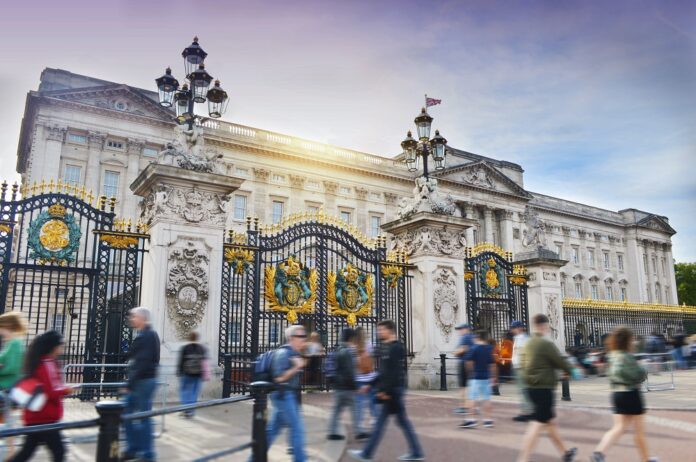 Party plans have been revealed for the Queen’s Platinum Jubilee this June.

The government plans to throw a major party over the June Bank Holiday weekend in honour of the monarch’s 70 years of service.

The Queen’s Platinum Jubilee celebrations are set to have a VIP champagne garden, major concert, festival and late-night bacon baps outside Buckingham Palace.

Members of the public will be invited to an “awe-inspiring festival” with “pomp and ceremony” from Thursday June 2 to Sunday June 5, according to Department of Digital, Culture, Media and Sport documents sent to Westminster council.

A major concert with some of the biggest names in entertainment will be broadcast by the BBC on Saturday June 4. The BBC’s “Platinum Party at the Palace” will feature a huge stage in front of the royal residency. The concert will be streamed on huge screens in St James’ Park and other sites across the country.

The “Platinum Pageant” will take place on the Sunday – a festival with dancers, musicians and military personnel will act-out the story of the Queen’s 70 years on the throne. Five different food and drink stalls across Westminster are also planned to host revellers as well as one or two “champagne gardens”.

The details of the celebrations have been unveiled as the Department for Digital, Culture, Media, and Sport (DCMS) applied to Westminster City Council for a license to sell booze across the Royal Parks and hold performances throughout Westminster.

A letter from civil servant Andrew Dent, who is leading the event, says: “DCMS is delighted to be supporting the Royal Household in the delivery of national opportunities to celebrate the Platinum Jubilee of Her Majesty the Queen. With state-of-the-art technology and a stunning stage design in front of this iconic Royal Residence, the event will feature a range of musical highlights from global pop stars to rock royalty to opera singers with a full, live orchestra.

“Stars from film, TV and the stage will also tell the story and celebrate some of the most significant cultural moments from the Queen’s reign.”

Dent also said the government hopes to hold rehearsals for the concert on the Friday and has been working closely with a range of authorities like the Met Police, Royal Parks and Westminster City Council to ensure the weekend runs smoothly.

Visitors will need a ticket for seating at the BBC concert by the Queen Victoria Memorial but the public will be able to watch from all other public sites. Around 22,000 tickets will be available to the public by ballot and also to charities.

DCMS will ensure there are stewards monitoring the event sites over the weekend and people who camp at the Royal Parks might be asked to leave by police as it is illegal, Mr Dent’s report says. The government expects people might camp out at the Mall to get a good view of the pageant and plans to open a few kiosks selling hot drinks and bacon baps from 11.30pm on Saturday to 5am Sunday.

The Queen became the first British monarch to reign for 70 years on February 6. Other official events set to take place over the Jubilee weekend include the Trooping of the Colour at Buckingham Palace on Thursday June 2 and a Thanksgiving service at St Paul’s Cathedral on Friday 3. Westminster City Council will decide if the party can go ahead on Thursday April 24.