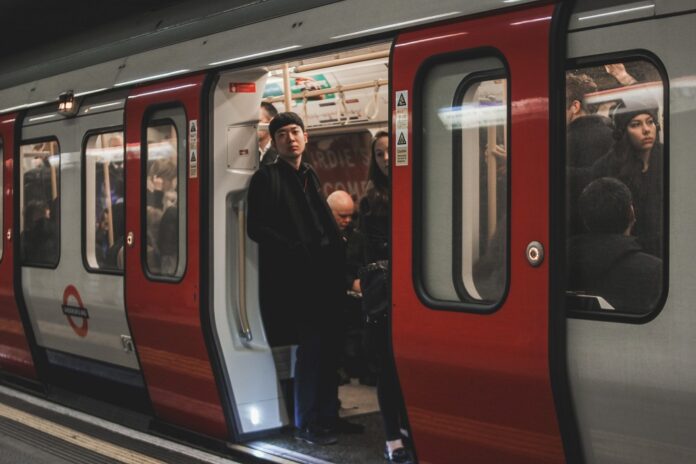 London’s commuters face four months of misery this year as one of the capital’s busiest Tube lines will be partially closed while upgrade works take place.

TfL announced last year that the Northern Line would be closed between Kennington and Moorgate from January 15 until mid-May 2022 while upgrades are carried out at Bank station.

With just over a week to go until work begins, here is everything you need to know about the Northern Line Closure.

Who will be affected?

From January 15, the Bank branch of the Northern Line will be closed between Kennington and Moorgate for 17 weeks, meaning that there will be no Northern Line services to or from Elephant & Castle, Borough, London Bridge and Bank stations.

While services on the Charing Cross branch of the Northern Line will run as usual, with trains every two minutes during peak hours, TfL has warned that services and stations will be busier than usual.

Waterloo, London Bridge, Tottenham Court Road and Embankment stations are all expected to be “exceptionally busy” during peak hours according to TfL, while stations including Moorgate, King’s Cross, Camden Town and Westminster will be “very busy”.

With passengers advised to seek alternative routes during the closure, TfL has anticipated a knock-on effect on other Tube lines, with the Jubilee Line, Waterloo & City Line and Circle Line all expected to be busier than usual.

TfL has advised Tube passengers to travel at quieter times if possible to avoid overcrowding – these are generally between 8.45am and 4.30pm and then after 6:45pm on weekdays, while quiet hours on weekends are usually before noon and after 6:45pm.

During the Northern Line Closure, TfL will also be running a temporary bus service – the 733 – between Oval and Finsbury Circus on weekdays.

Why is it closing?

The partial closure of the Northern Line is taking place so that TfL can complete the £700 million upgrade of Bank station.

Bank, together with interlinked Monument station, was one of the busiest on London’s transport network before the pandemic, seeing up to 120 million passengers in a normal year.

The upgrade will increase capacity at Bank station by 40 per cent, while a new entrance will be built on Canon Street. The work will also create step-free access for the Northern Line and improved access to the DLR.

The 17-week partial closure will allow brand-new tunnels to be connected to the existing Northern Line tunnels, which will in turn lead to the construction of a new platform for southbound services from Bank.

TfL has said that this will “reduce interchange times and create more space for passengers”.

The new platform and concourse are set to open in May, while capacity upgrades at Bank and the new station entrance are expected to be completed by late 2022.

Work on the Northern Line upgrade began in 2016, while the new tunnels were started the following year.

Though the project was supposed to be completed last year, with the closure of the Bank branch scheduled for last summer, lockdown restrictions set work back.

Asked by Conservative London Assembly Member Tony Devenish why the closure did not take place last year when passenger numbers were significantly reduced, Sadiq Khan said that TfL stopped work in March 2020 in accordance with Government regulations “to ensure the safety of its construction and project teams, and to further reduce the number of people travelling on the public transport network”.

Khan said: “Given the restraints imposed as a result of the pandemic, the need to continue to run services for key workers during lockdown, and the need to carry out this preparatory work in advance of the closure, it would not have been possible to carry out these works any earlier or during the lockdown.”

He added that, despite the pandemic, “the project remains on course to be fully completed before the end of 2022”.