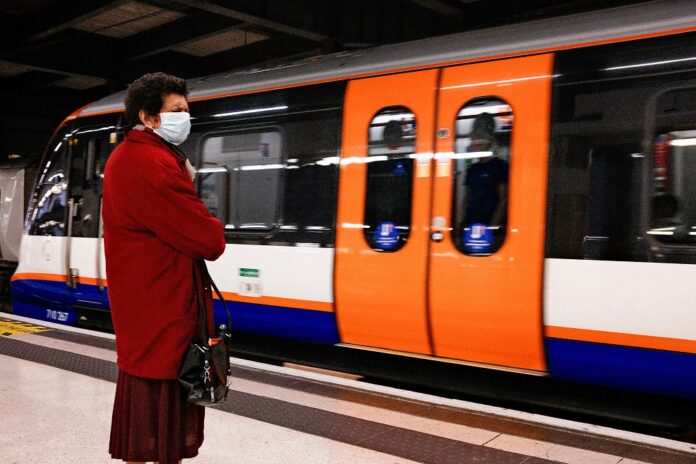 Almost 1,500 people have been fined for not wearing a mask on public transport in London since the Government introduced Plan B restrictions at the end of November, TfL has confirmed.

As of Monday January 3, TfL enforcement officers have issued fines to a total of 1,450 people for refusing to wear a face covering on TfL services, with offenders liable to pay £200 for a first offence.

Since face coverings on public transport once again became a legal requirement on November 30 due to the spread of the Omicron variant, TfL has also turned away 2,000 maskless people trying to board services.

More than 800 passengers have been asked to leave stations or services for refusing to comply with mask rules.

Siwan Hayward, TfL’s director of compliance, policing, operations and security, has said that “the vast majority of people have been doing the right thing” but that TfL “will continue to monitor compliance” and “will take action as necessary to ensure that our customers and staff remain safe”.

Ms Hayward said: “Throughout the pandemic the vast majority of people have been doing the right thing and keeping each other safe from the virus, for which we’re very grateful. The Government has now issued a regulation which means all customers must wear face coverings on public transport unless they are exempt as part of the ongoing fight against Covid.

“Our enforcement officers and the police will enforce this requirement, including denying entry to our services and, with additional powers as a result of the Government’s regulation, issuing a financial penalty to those who refuse to comply.”

TfL enforcement officers have made more than 40,000 “customer interventions” since November, whereby passengers are stopped and asked to wear a mask before boarding a service or entering a station.

In the months leading up to the introduction of Plan B measures TfL reported a fall in compliance with mask rules, but just 220 people were prevented from boarding services for failing to wear a mask between July and September 2021.

The 500-strong team of enforcement officers patrolling London’s transport network is now once again supported by officers from the British Transport Police following the reintroduction of mandatory mask wearing in November.