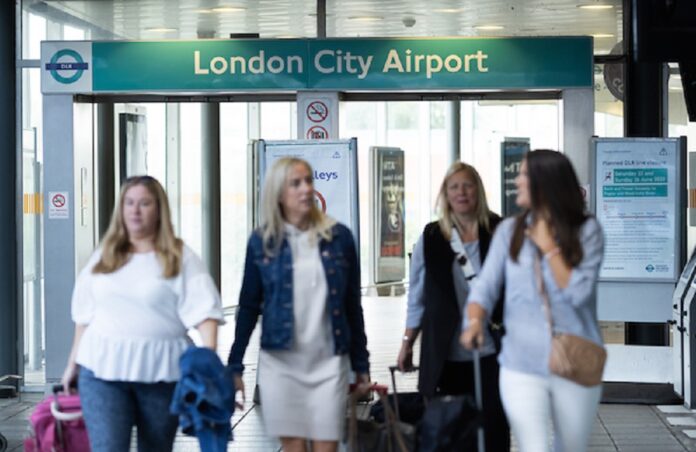 As the summer getaway commenced, London City served 640,000 passengers across June and July and remains on course to reach the 3million mark by the end of the year.

August is also set to be busy, with over 300,000 passengers expected to travel as the airport closes in on one million passengers for the core summer travel months.

With operations ramping up, passengers who are booked to travel in August have been urged to turn up no more than two hours before their flight and to be prepared for security in order to make the experience as smooth and as stress free as possible for everyone.

While the UK Government’s slot amnesty resulted in small changes to the airport schedule, London City’s operation has been largely unaffected through August and airlines have some remaining capacity on key domestic and short haul European routes.

With the airport welcoming almost 70 per cent of its 2019 passenger numbers over the same period, the staples of Amsterdam, Edinburgh and Zurich remained the busiest overall routes.

However, Ibiza has been the strongest leisure performer, followed by Florence, Palma, Nice and Malaga.

The airport’s Chief Executive, Robert Sinclair, said: “We have made a conscious effort with our airlines to attract more leisure routes and passengers this summer and the fact we could reach close to 1million passengers for the period is testament to the resilience of our operation and quality of the passenger experience we offer.

“For anybody considering a last-minute getaway, we would love to welcome them at London City.

“While summer 2022 is proving to be a success, we want summer 2023 to be even better and that is why, later in the year, we will be announcing an investment along with our Retail and Food & Beverage concessionaires in upgrading our existing Departure Lounge so that our customers have even more choice and comfort when they travel through London City.”