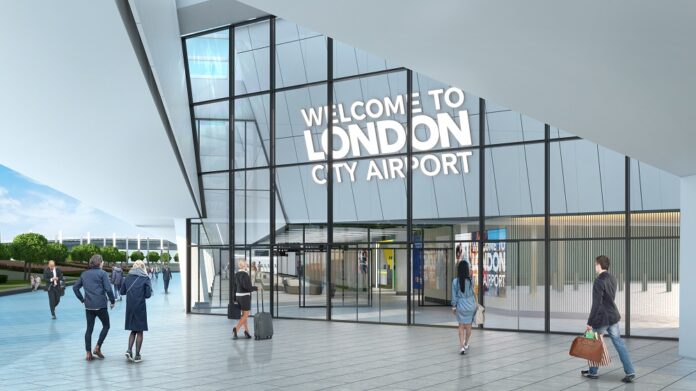 Locals in east London have hit out at plans to expand London City Airport and allow more flights on Saturdays.

The airport has launched a public consultation on its proposals, which include scrapping a ban on flights after 1pm on Saturdays and allowing more flights to be allowed early in the morning.

It comes as part of a plan to raise the number of passengers using the airport from 6.5million to 9million a year.

But residents in Newham, where the airport is located, have said the plans will cause “anger” among locals.

John Stewart, Chair of campaign group HACAN East, said: “Ever since London City opened residents have had a break from the noise between midday Saturday and midday Sunday. There will be anger that the only break now will be for a few hours on Sunday morning.”

The plans have long been opposed by members of the London Green Party, with former mayoral candidate Sian Berry having pledged to close the airport in her election manifesto last year.

Reacting to the new proposals on Friday, Green London Assembly Member Zack Polanski said it was “an absolute disgrace” to expand flying during a climate emergency, and that it makes “no economic sense”.

Polanski said: “It looks like City Airport is rowing back on its commitment to overflown east Londoners to preserve Saturday afternoons and evenings as a respite from flights.

“Overflown communities must be protected from the health harm of flight noise and disruption. Airports have the technology to design flight paths to protect respite periods from overflying and people are rightly anxious that noise and disruption may start to impact the few times each week that they have protection.”

He added that “protecting the health and wellbeing of Londoners should be a priority” and that expanding the airport “is a huge step backwards”.

Under the proposals, flights would be permitted as late as 10pm on Saturdays while the number of flights allowed from between 6:30am and 6:59 am could be doubled.

“The strength of our rebound demonstrates the huge pent-up demand for air travel and the need to plan responsibly for the future.”

The public has until September 9 to respond to the public consultation.