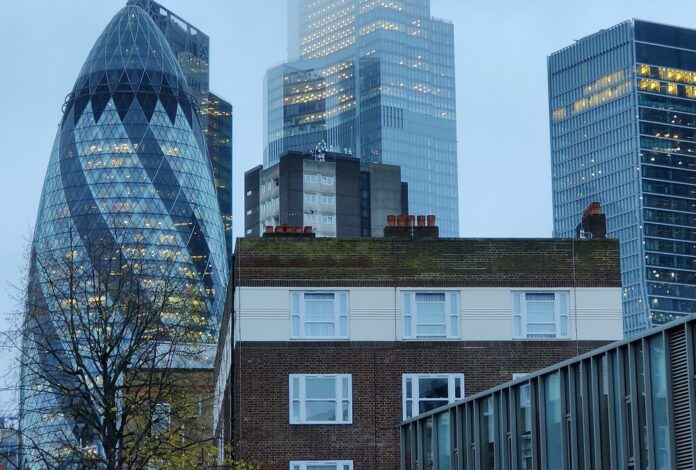 Nicolas Bosetti, Head of Data and Insight for Centre for London, discusses how central London can help ease the housing crisis.

Could central London take in more residents? The question needs asking at a time when affordability of housing in the capital reaches a new low.

A recent survey conducted by Savanta and Centre for London found that 47 percent of Londoners said rent was unaffordable for them personally, which is up from 41 percent in June 2021. Easing the cost of living crisis in the long term will require finding space for more housing, and especially for more affordable housing.

London’s Central Activity Zone is a world-leading hub for knowledge economy jobs. In the City of London alone, there were 550,000 jobs in 2019, making it home to nearly one in 10 of the capital’s jobs. Many of these jobs (but not all) belong to a cluster of financial and professional service jobs that only exists in a small number of global cities.

The last decade has seen central London planners embrace taller buildings, which, alongside a period of rapid job growth, has resulted in a huge increase in the number of jobs – just inside the Square Mile these grew from 330,000 to 550,000 jobs between 2009 and 2019.

In comparison, the City has very few residents – under 10,000 people were living there in 2019, though more are living in other parts of central London under the jurisdiction of neighbouring boroughs.

Historically there have been concerns that having more homes in central London would squeeze office demand, but there are ways for the city centre to welcome more residents alongside workers.

The pandemic marked a turning point for office and retail use in city centres. Demand for office and retail in central London has yet to crystallise into a new normal, but higher vacancy rates suggest there may be some space available for residential developments, especially among subprime office or retail space, as we identified in Centre for London’s Remixing Central London report.

Central London boroughs could also decide to continue making the most of limited space by building taller buildings for residential, as they currently do for office use.

The bigger question is not how much housing could fit in central London, but how to make sure that the additional housing built in the city centre meets the needs of Londoners in terms of quality and affordability, and services available to residents.

New developments, whether they are brought in through new builds or conversions, should include a range of sizes and price points, and planners should audit whether residents have the services they’ll need – from shops to schools and GP practices and parks. Doing this will help create strong communities and ensure that the new homes built contribute to meeting London’s shortage of affordable housing. To avoid competing with office and retail space, planners should prioritise buildings and sites that are vacant or of lower value .

Where possible there should also be an emphasis on creating flexible residential buildings and buildings to which are for let, rather than sale, as these could be more easily converted to offices should demand for office space increase markedly in the future. This would reduce the need to demolish and rebuild new structures from scratch.

Housing and offices are often framed as being in competition, but it doesn’t need to be the case. Having more residents could bring more life and culture to parts of central London that are close to empty during evenings and weekends, and, in turn, this could make central London more attractive for workers and visitors as a place to spend time in.

Guide to the Golden Triangle: Why you should invest in Portugal’s most sought-after area