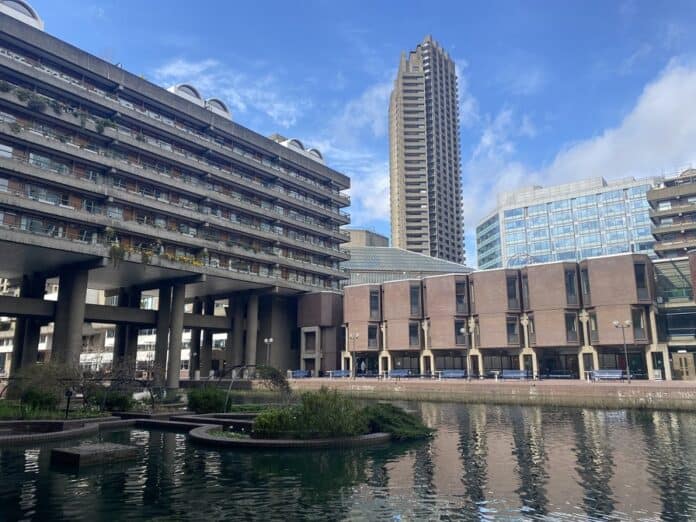 Barbican residents have been tormented by Londoners running and jumping over its concrete walls.

Parkour has become so popular at the famous brutalist estate that residents have been disturbed by the noise and also fear it could damage the estate.

Since June, 124 complaints have been sent to the Barbican Association about rampant parkour.

Residents complained: “the upsurge in social media has advertised the Barbican Estate as a great place to go for skateboarding and parkour.”

They added: “Both activities have now been deemed Olympic sports. Add to that the Culture Mile initiative which aims to make more people aware of the ‘mile’ of which our estate is a major part. The problem will only get worse.”

NOW READ: The Barbican remains one of London’s most-popular places to live

Last summer residents complained about parkour almost every day for a month across the Barbican. There were 30 complaints submitted to the Barbican Association in August – almost a complaint a day on average.

The problem became so bad that “no parkour” signs had to be put up across the estate. During the 2019 summer there were complaints almost every day. City of London Corporation documents show that Barbican residents are also worried that skateboarding is damaging podium tiles.

Fines for anti-social behaviour on the Barbican are just £20 but residents have campaigned for this to be raised in the past. In comparison, on-spot fining for littering is £150.

The 35-acre site is a Grade II listed development designed by architects Chamberlin, Powell and Bon. It was built by the City of London Corporation to get people to live in the financial district after it was obliterated during the Blitz.

Today, around 4,000 people live on the estate in over 2,000 homes. It is still run by the City of London but most of the homes are privately owned. City of London has been contacted for comment.