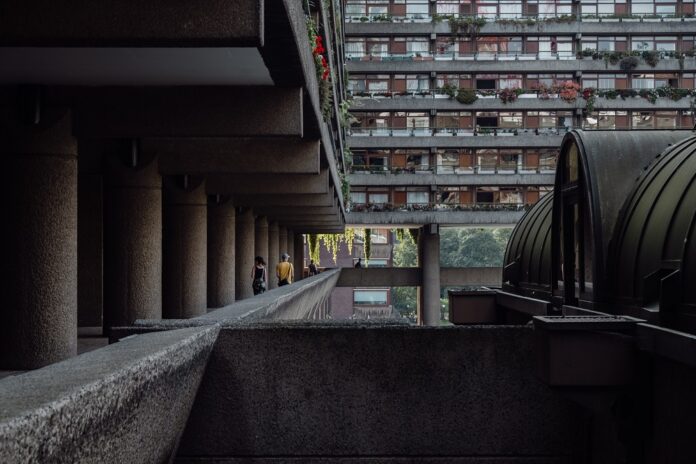 Most Barbican flats are now selling for £1million.

The average cost of a property in the brutalist development reached just over £1million during 2021, according to research by Savills estate agents.

A newly-built penthouse with five bedrooms, four bathrooms and a large balcony overlooking the city could be rented in the development for £4,500 a year in 1972.

Jack Downes, Head of Sales at agents Hamptons, said many of the recent buyers are people who fled London during the pandemic but have since returned either for work or because they miss the City.

NOW READ: Freeze on rents could save Londoners thousands

He told the Evening Standard: “Those that did migrate out to the country or the coast now want a place back in the city. Some did not expect to be called back to their desks, others just miss London.”

The Barbican estate is made up of around 2,000 homes and was built by the City of London Corporation, which runs the Square Mile. It was designed to revive London’s financial district after it was razed to the ground during the Blitz.

The estate includes the Barbican Centre, Guildhall School of Music and Drama, City of London School for Girls and Barbican Library. It is a Grade II listed development designed by architects Chamberlin, Powell and Bon.

It was hoped the multi million-pound development would urge more people to go and live in Cripplegate ward following the Second World War with homes targeted at middle and upper-class residents. The first tenants moved to the estate in 1969 and it is now home to around 4,000 people.

A BBC broadcast in the 1970s revealed tenants living in posh flats on the 35-acre site struggled to do their washing as it did not have a laundrette. Most recently, residents living at the Brandon Mews end said they have been kept awake at night for the past eight years by noise and vibrations from London Underground trains.

Despite its flaws, many people love living on the estate. Resident Nadine Waddel told the BBC in 2019: “It has a unique spirit in that it’s an open, democratic space and its history is public spirited as a gift to the nation by the city.”