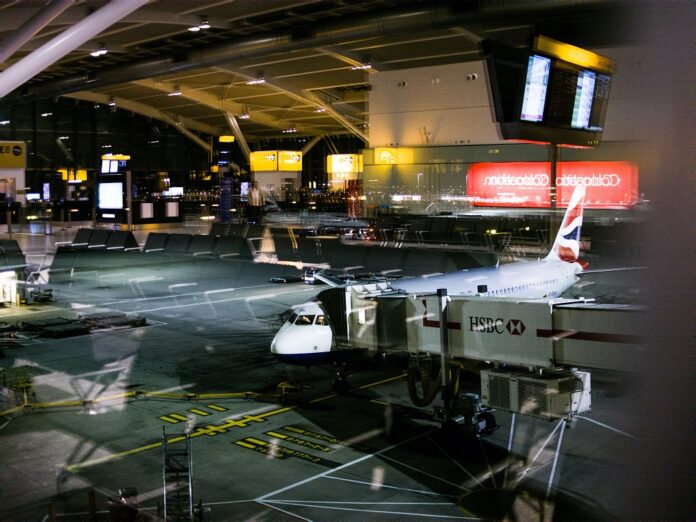 Passengers using Heathrow Airport over the festive period have been issued with a fresh warning over travel chaos on one of the busiest days of the year.

Back in September, it was revealed that both TfL and Network Rail were planning engineering works on Boxing Day which would leave Heathrow Airport completely inaccessible by Tube or rail.

But with less than four weeks to go until work begins, transport watchdog London Travelwatch has warned that “tens of thousands” of passengers are still potentially unaware of the disruption.

Emma Gibson, Director of London Travelwatch, said: “With less than four weeks to go until the closure of both Tube and rail links to Heathrow, tens of thousands of people who’ll be making their way there on Boxing Day still don’t know it’s happening.

“It’s vital that transport operators and airlines do everything they can to tell passengers to give themselves more time to get to the airport this Christmas, and let them know about alternatives like bus replacement services. Our worry is that people will miss their flights to see loved ones on Boxing Day, because they didn’t know about the disruption.

“Planning for these closures has been a shambles from start to finish from a passenger point of view, and a case study in how not to manage engineering works.”

NOW READ: Fining passengers who refuse to wear a facemask on the Tube will boost compliance

There will be no Piccadilly Line service to or from Heathrow Airport between December 24 and December 30, and from January 2 to January 3, while the airport will also have no rail links on December 26 while Network Rail carries out its own engineering works.

Though there is uncertainty over what impact the Omicron variant of Covid-19 will have on international travel over Christmas, there are currently more than 1,000 flights scheduled to land at or depart from Heathrow on Boxing Day.

A TfL spokesperson said: “The festive period is one of the quietest times of the year on public transport and carrying out these essential works on the Piccadilly line over this period will minimise the disruption as much as possible. We’d like to reassure customers that alternative travel options will be in place, with replacement coach services operating non-stop between Hammersmith and Heathrow. Replacement buses will also be available between Acton Town and Heathrow for local stations.

“We have been working with Network Rail on the comprehensive alternative transport plan and have also been working with Heathrow Airport to ensure they can support customers travelling to and from the airport on Boxing Day.”

TfL has updated the travel advice on its website and has been instructing passengers to plan ahead since October through emails, press briefings and meetings with key stakeholders.

Tourism in London may not fully recover until 2025

The top luxury hotels in the City of London