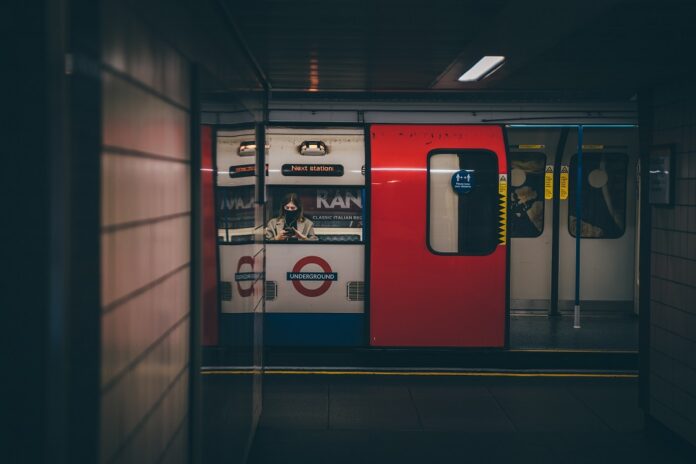 Fining passengers who refuse to wear a facemask on the Tube will “greatly help with compliance”, Sadiq Khan has said.

From Tuesday, anyone who refuses to wear a face covering on public transport or in shops could face a fine of £200 or more following a Government announcement over the weekend.

The decision comes following the emergence of the Omicron variant of COVID-19 in the UK, with at least three positive cases identified in England and six in Scotland.

While masks have remained compulsory on public transport in London since the Government lifted all COVID restrictions in July, TfL saw a fall in compliance since the rule was no longer legally enforceable.

Khan has said that “we have been operating with one hand tied behind our back” without the ability to fine those that flout mask wearing rules, but that he “wholeheartedly welcomes” the Government’s decision to once again make masks compulsory.

Khan said: “This a measure that I have long called on the Government to introduce. Evidence shows that face coverings help stop the virus spreading, and ensuring that this is enforced will greatly help with compliance.

“With the Omicron variant of COVID-19 now present in the UK, I urge Londoners to remain vigilant. We know that by wearing face coverings in enclosed or crowded spaces, washing our hands regularly, ensuring indoor spaces are properly ventilated, and maintaining a social distance wherever possible, viruses find it much harder to spread.”

Face coverings have been a “condition of carriage” on TfL services since July, but a lack of legal powers to enforce the rule meant that TfL’s team of around 500 enforcement officers was left to ensure compliance across the capital without the support of the British Transport Police.

Just 126 passengers have been asked to leave TfL services for refusing to wear a facemask since July, despite up to five million passengers using the Tube each day.

But those who refuse to wear a facemask from Tuesday could be fined £200 for a first offence, rising to £400 for a second and £800 for a third offence.

Emma Gibson, director of travel watchdog London TravelWatch, has said that making masks compulsory once again will be “reassuring for many people”.

Gibson said: “As MPs prepare to vote on the tightening of COVID restrictions, it is worth noting that research shows that other people wearing face coverings is a key factor in making people feel safe about travelling on buses, trains and the Tube.

“The number of people wearing a face covering on public transport has dropped significantly over the past few months. Making them a requirement on all public transport again will be reassuring for many people but it will have to be properly enforced to give out the signal that the rules have changed.”

MPs will discuss proposed changes to COVID regulations in Parliament on Monday, with the new rules taking effect from the early hours of Tuesday morning.