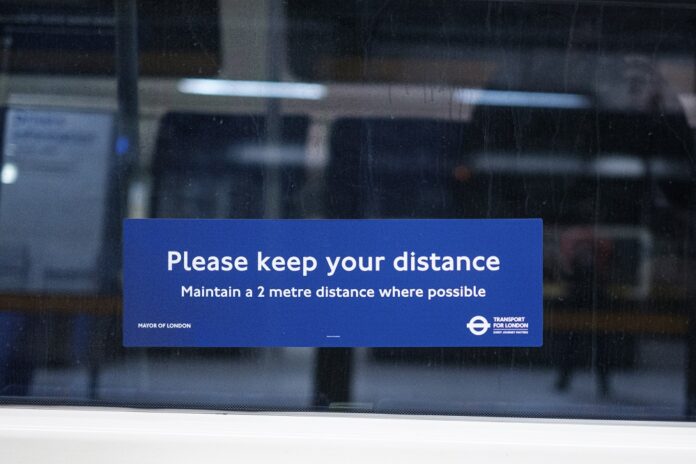 Londoners will still be required to wear masks on TfL services despite the easing of Plan B restrictions, Sadiq Khan has confirmed.

Prime Minister Boris Johnson announced on Wednesday that working from home guidance would end immediately while remaining restrictions would be lifted from next week.

But although it will no longer be a legal requirement to wear a mask on public transport in the UK, face coverings will be a condition of carriage on TfL services as they were between July 19 and the introduction of Plan B measures.

Though he has welcomed the lifting of COVID-19 restrictions, Khan has urged the Government to “rethink their plans” on mandatory mask wearing so that the rules are “clear and consistent”.

Khan said: “Wearing a face covering is one of the single most important and easiest things we can all do to prevent the spread of Covid-19 and the Government should rethink their plans and keep legislation in place to make them mandatory on public transport as well as in shops and indoor public venues. This ensures the rules are clear and consistent and crucially means enforcement action can continue to be carried out on our transport network. Compliance of the rules is far higher with legislation than without.

“If we have learnt anything from this pandemic, it is that we must not get complacent and undo all our hard work and sacrifices. That’s why face coverings will remain a condition of carriage on TfL services. I’m asking everyone in our capital to do the right thing and continue to wear a face covering when travelling on TfL services to keep us all protected and to prevent further restrictions from being necessary later down the line.”

While face coverings are a condition of carriage, Londoners can be turned away from TfL services by one of the 500 enforcement officers across London’s transport network, but they will no longer face fines.

Removing the legal requirement to wear a mask also means that British Transport Police will no longer be able to enforce mask wearing on public transport.

Between July and September 2021, before face coverings once again became a legal requirement, TfL reported that compliance with mask rules was beginning to fall but just 220 people were turned away from services for failing to comply with the rules.

But between the introduction of Plan B measures on November 30 and January 18, there were 1,810 people who received fines for not wearing a face covering, while 1,013 people were asked to leave services for refusing to comply with the rules on face coverings.