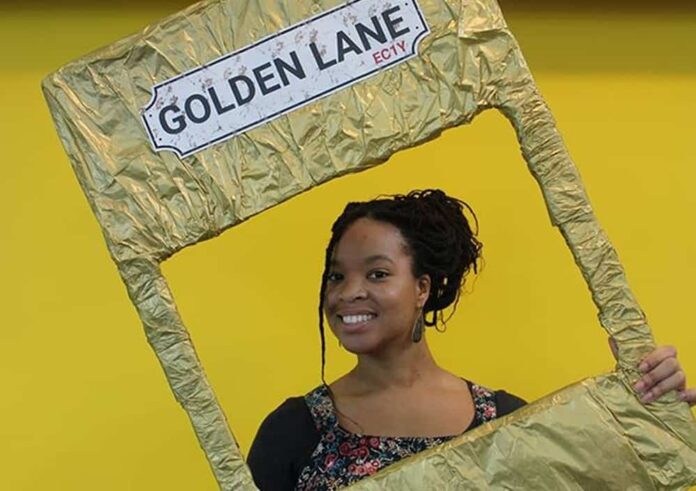 A Family Day is not everyone’s idea of a good time, but they are a growing trend as workplace wellbeing moves up the agenda.

City University joined the party recently with an afternoon of child-friendly activities and the chance for off-duty staff to do some crafty under-the-radar networking.

Just down the road from Golden Lane, the Great Hall in City’s College Building became a fevered indoor picnic/play area as children from toddler-size and up roamed freely, sneakily scoffing too many ice creams and cones of popcorn.

They were only following the example of their parents and guardians, who seemed to sense the onset of some kind of free period and went straight to reckless.

The biggest hit for youngsters was a talented balloon bender, who stunned the assembled hordes with her ability to twist and squelch any type of obscurely named dinosaur into life.

Other creatures were available, and the college dean flirted dangerously with humiliation when he confused a line for a house during a closely contested game of Animal Bingo.

Every so often, the estate is treated to free cookery lessons from the Bags of Taste not-for-profit organisation. The idea is that you learn to cook a delicious meal from scratch that costs no more than £1 a head.

Sourcing ingredients from the best local suppliers is rolled into the plan, as is a professional demonstration, top tips and a chance to knock up plates of food there and then – induction hobs, all equipment, and proper supervision are included.

The sessions really come into their own when class members weigh in with tips of their own, like what to do with those knobbly broccoli stalks you normally toss in the composting bin (answer: peel, chop and add to stew).

Bags of Taste also has a Facebook group run by cash-strapped students, where you’ll find plenty more tips and up-to-the-minute bargain buys in all the main supermarkets.

In the session I attended the menu included a peanut and vegetable stew from Timbuktu called maafe tigidigi and an Asian dish, xinjiang cumin chicken.

Repeating the word ‘tigidigi’ for some reason sent a titter around the room, but the laughing stopped when the tutor asked if anyone knew where Timbuktu was (answer: Mali).

The chicken dish was superb, but when I later tried the tigidigi at home, improvising with some frozen butternut squash, it misfired. The squash went mushy and the sauce ended up like orange wallpaper paste.

The Extinction Rebels have successfully pushed us into thinking how we can help save the planet, but being careful where we chuck our used teabags doesn’t seem to carry much weight.

Over on the Middlesex Street Estate here in the City, residents are getting behind a community energy scheme, but unless governments act alongside citizens, the overall effect is likely to be weak.

Here on Golden Lane there are two things residents can do to make a difference.

The first is to shout into the ears of our councillors that the estate should become a model for fuel efficiency in high-density housing complexes, and solar panels need to be installed on all flat roofs (we have lots).

The second is to insist that the City Corporation reverses its decision of many years ago to turn the paved piazza outside Great Arthur House into a car park. The first might take time, the second could be done tomorrow.

The estate has suffered two losses this month. Margaret Prior of Crescent House sadly passed and will be missed by many, while Jade Ibegbuna, the estate’s community engagement officer for the past three years, has departed for a top-flight job in Leeds.

On a happier note, Cuthbert-Harrowing House sang Happy Birthday to veteran resident Leila Hardy on her 90th birthday, which prompted the appearance of bunches of flowers and a large cake, which always goes down well around here.

The never-ending fiasco of Brexit has left us all on the brink of the unknown, but at least we’ve started talking about important things.

Enlivened by this new mood of citizen engagement, I decided to contact our local MP, Mark Field. He is a busy man, so I kept my question quick and easy. It was: Liverpool or Manchester City to win the Premier League title?

I fully expected him to plump for Liverpool since he shares his name with a leading heart surgeon at a Liverpool hospital (what better reason?). But no, describing himself as a “long-suffering Bury supporter”, for some reason Mr Field sided with the sky blues.

Billy Mann lives in Basterfield House on the Golden Lane Estate. He is a teaching assistant, a City of London Community Builder and blogs at scrapbookbilly.blogspot.com. Write to him at [email protected].