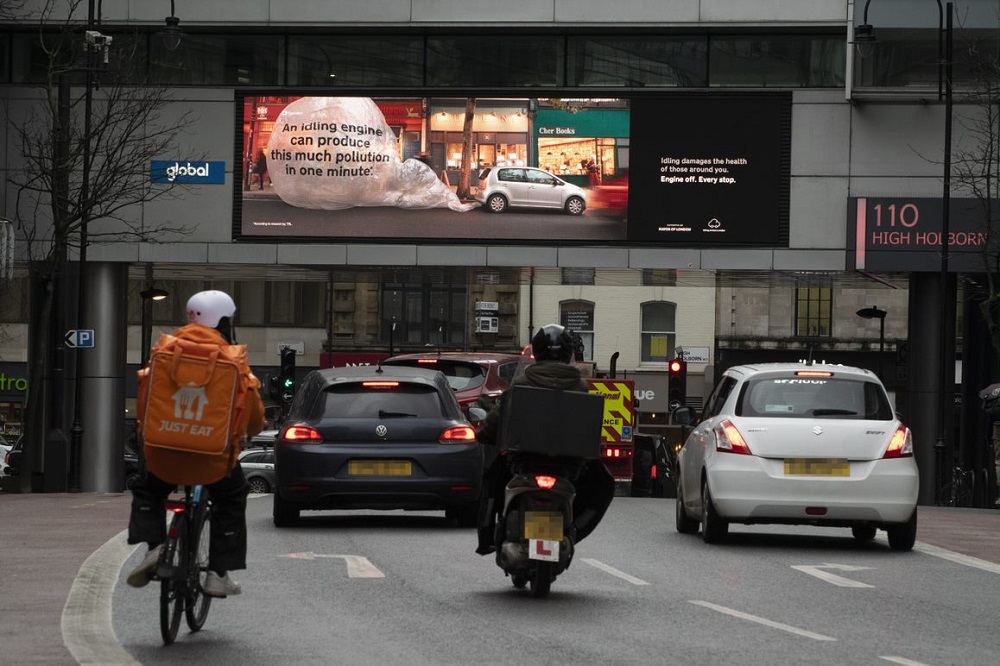 A London-wide Engine Off, Every Stop campaign has launched a bid to cut air pollution and carbon emissions.

Led by the City of London Corporation and Camden Council, and funded by the Mayor of London, the Engine Off, Every Stop campaign features posters, bus rears, and billboards on roadside sites and petrol stations across the capital.

Drivers are also being reached with radio adverts, videos and social media to encourage a change in mindsets and behaviour.

The four-week project, running throughout November, highlights air pollution as an “invisible killer” and a serious danger for many Londoners.

Idling Action London have been raising awareness of idling across London through various activities including holding workshops at 113 schools so far and speaking to over 8000 drivers on the street at idling action events.

“Switching off is the easiest way to minimise air pollution and cut carbon emissions.

“With a small change in behaviour Londoners can help save lives and protect the environment.”

It is estimated that every year more than 4,000 Londoners die prematurely from long-term exposure to air pollution.

Research shows switching off engines when parked also cuts carbon emissions, with a TRL study revealing that one minute of idling by a HGV can release up to 69g of CO2.

Deputy Mayor for Environment and Energy Shirley Rodrigues, said: “The Mayor of London has just expanded the Ultra Low Emission Zone up to, but not including, the North and South Circular roads which will bring cleaner air to the whole of the capital. But there’s more to be done to reduce pollution to healthier levels.

The Engines Off, Every Stop campaign is one of the many programmes we’re supporting to reduce emissions such as cleaning up the bus fleet, supporting walking and cycling, and funding Low Emission Neighbourhoods.

“The Mayor is delighted to be funding this campaign which sees the City Hall and London’s boroughs work together to help drivers understand the impact they can have just by switching off their engines when they have stopped.”

Idling Action London, jointly led by City of London Corporation and Camden Council, is funded by the Mayor of London’s Air Quality Fund which is tackling idling engines as a source of avoidable air pollution.