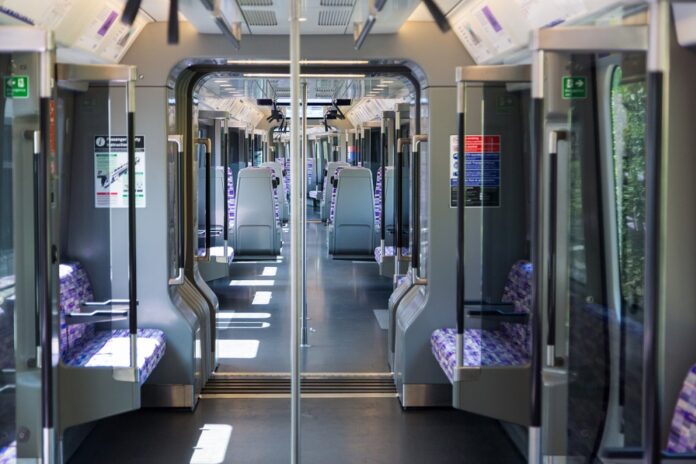 Excitement is building in London with just days to go until the long-awaited Elizabeth Line opens its doors for the first time.

Transport for London has said the line will “transform” travel across the capital and bring in an estimated £42billion to the UK economy.

Journey times between destinations in central London will be slashed once Elizabeth Line services start running at 6:30am on Tuesday May 24.

Destinations as far as Reading and Heathrow in the west and Shenfield in the east will be connected to the central section of the line in autumn this year, until which point passengers will have to change at Paddington or Liverpool Street to reach them.

Abbey Wood, in the borough of Greenwich, is set to see some of the greatest benefits once the Elizabeth Line opens next week.

It currently takes around 33 minutes to get from Abbey Wood to Canary Wharf, requiring commuters to take a mainline train to Greenwich and then get on the DLR to Canary Wharf.

But once Elizabeth Line services begin operating, the journey will be cut to just 11 minutes and require no changes.

The journey between Abbey Wood and Tottenham Court Road is set to be slashed by around 28 minutes thanks to the Elizabeth Line – the single greatest reduction in journey time in central London.

As it stands, the journey takes around 51 minutes and requires commuters to take a train to Cannon Street before walking to Bank station to get on the Central Line to Tottenham Court Road. The journey will be made much simpler by the Elizabeth Line, which will take just 23 minutes and require no changes.

Commuters travelling to and from Canary Wharf will also see a noticeable difference in their journey times thanks to Crossrail.

The journey from Farringdon to Canary Wharf will reduce from 24 minutes and three Tube trains to just 10 minutes on one Elizabeth Line train.

Elsewhere, anyone travelling to or from Whitechapel will also notice significantly quicker and simpler journey times.

A typical journey from Whitechapel to Tottenham Court Road can currently take as long as 20 minutes, requiring at least one change on the Tube. On the Elizabeth Line, however, the journey will take just eight minutes with no changes.

Journeys between central London stations will also get significantly quicker. Going from Liverpool Street to Paddington, for example, currently takes almost 20 minutes. Once Crossrail opens, this will be reduced to just 10 minutes.

More benefits will be noticeable in autumn once the central section of the line is connected to the east and west sections. At this time, a journey from Heathrow Airport to Canary Wharf – which currently takes longer than an hour – will take less than 45 minutes thanks to the Elizabeth Line.