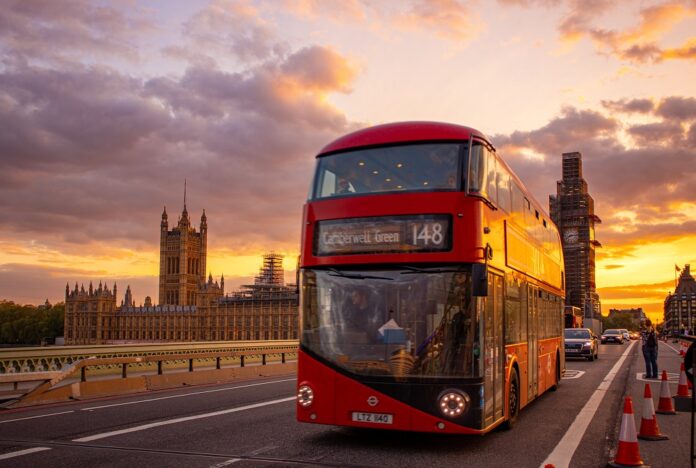 The opening of the Elizabeth Line could lead to some central London bus services being axed to satisfy demand in outer London as TfL contemplates a “managed decline” scenario, Sadiq Khan has said.

The Mayor of London suggested that buses could be moved from central to outer London if TfL is unable to secure long-term funding from the Government.

The current emergency funding deal provided to TfL from the Department for Transport (DfT) is set to expire in one month’s time, but Sadiq Khan said negotiations over a new deal are “going very slowly”.

TfL has previously warned that failure to secure long-term, sustainable funding would lead to a period of managed decline whereby service levels would have to be reduced and capital investment projects would have to be scrapped.

Bus service levels could be reduced by as much as 18 percent under a managed decline scenario, with as many as 100 routes potentially facing the axe.

Speaking at a Mayor’s Question Time session at City Hall on Thursday, Sadiq Khan said that such cuts would be “catastrophic” in outer London, which relies more heavily on bus services.

With the Elizabeth Line set to open next week, Mr Khan suggested that there may be less need for some buses in central London which could instead be moved to outer London where there is greater demand.

He said: “At the moment what we’ve planned was for a 4 percent reduction in buses because, in central London there’s some duplication [of routes] – particularly with the new Elizabeth Line opening up next week. So, some of the buses we could take from central London to outer London where there’s a bigger need for buses, not least because there are fewer Tube lines in outer London. We’re also encouraging people in outer London to use buses rather than driving their cars.

“There is a demand in outer London for our buses, so the idea is we go into a managed decline scenario where we’re reducing, by 18 or 19 percent, our bus usage across London, it would be catastrophic to – in particular – outer London.”

Under the terms of the emergency funding deal agreed in February, the DfT said it was “willing to consider a longer-term capital settlement for TfL” from the start of the current financial year “for a period of 1-3 years”.

This was on the condition that TfL “provides detailed information and data about its capital investment plans that demonstrate prudence”.

The Mayor of London said he would not give a “running commentary” on negotiations with the Government but he did tell the London Assembly on Thursday that they were “going very slowly”.

He added that the Government had provided TfL with a “high-level technical framework” for capital support, but that “there is no indication yet of any figures” and that “without the figures, TfL can’t make the planning scenarios they need to make”.