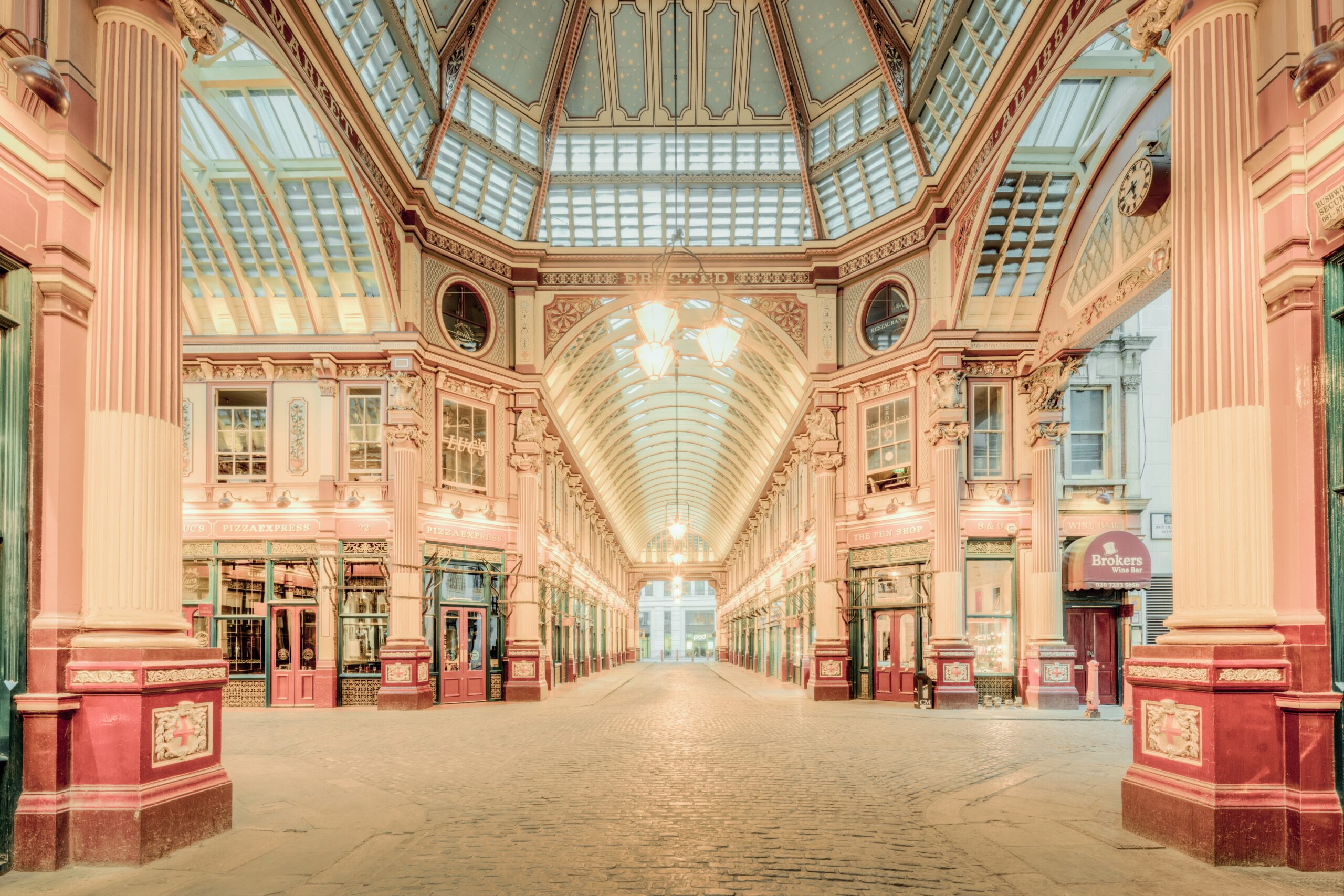 This year, Leadenhall Market marks its 700th anniversary. Dating back to 1321, the market, set in the heart of the City of London, has been a destination for Londoners since Roman times.

To mark the occasion, we’ve devised a complete guide to Leadenhall Market.

We answer the most frequently asked questions when it comes to the historic market.

Where is Leadenhall Market?

What is Leadenhall Market?

Leadenhall Market is an airy covered market in the centre of the Square Mile. Full to the brim with shops, pubs, bars and restaurants, the 14th-century market welcomes thousands of Londoners on a daily basis.

Why is it famous?

Formerly a meat market, Leadenhall Market is a historic landmark in the City of London and has been built and rebuilt many times: it even survived the Great Fire of London. The Lord Mayor of London, Dick Whittington, was also granted the leasehold in 1408. Most City workers know Leadenhall Market well, but nowadays it’s most famous for doubling as Diagon Alley in Harry Potter and the Philosopher’s Stone.

Is it a filming destination?

As mentioned, Leadenhall Market was filmed in 2001 for Harry Potter and the Philosopher’s Stone as Diagon Alley, but the market has also feature in films such as: Tinker, Tailor, Soldier; Spy; Lara Croft: Tomb Raider; The Imaginarium of Doctor Parnassus; Hereafter and Love Aaj Kal. Filmmakers can inquire about shooting on the market’s website.

What can you do in Leadenhall Market?

You can find shops in abundance at Leadenhall Market. Whether it’s fashion or food, cards or cocktails, books or beauty, you can easily spend the day in the covered market.

Leadenhall Market is open 24/7. Most areas of the market are open throughout the week; however, shops and restaurant opening times are specific to each retailer.

Are events held at Leadenhall Market?

Leadenhall Market once had a resident goose. That’s right, a goose. During the 1800s, a clever goose managed to escape being butchered. Proving difficult to catch, the workers gave in and decided to adopt the goose, naming him Old Tom. Old Tom lived the rest of his life inside the market and became famous with residents and customers alike. He was even featured in the obituary section of the local newspaper and buried inside the market.

For more information on Leadenhall Market or its retailers, visit leadenhallmarket.co.uk