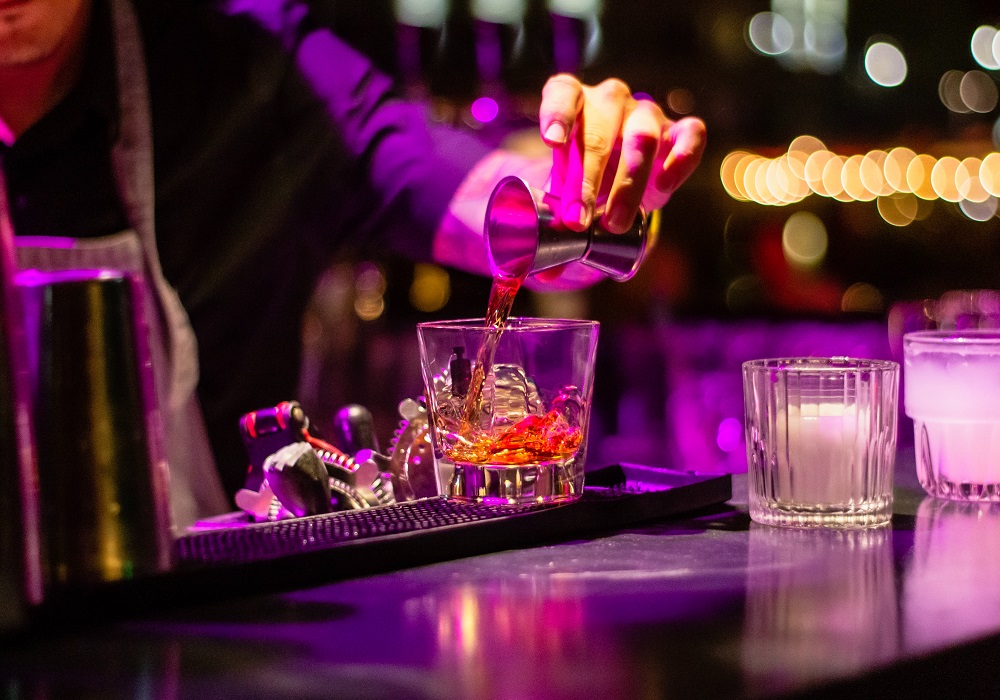 Yes, this year the boozy week has been extended, giving you three more weeks of sipping and sampling some of the City’s best cocktails.

The largest city-wide celebration of cocktails in the world, London Cocktail Week has been extended for the first time to help more of us enjoy drinks by the top mixologists while exploring the capital.

Sip on The Sabine Skyline while taking in the views of the City at Sabine Rooftop Bar, or try a Winter Sunset surrounded by plants and foliage at The Folly.

Your wristband will entitle you to four weeks of specially created cocktails in hundreds of bars as well as the opportunity to take part in events and immersive experiences throughout the capital.

To take part and gain access to £7 cocktails in more than 250 bars from Friday October 1 to Sunday October 31, purchase a £15 ticket here.

Here are four places to sip top drinks during London Cocktail Week in The City of London.

Hidden down an alley just off Fleet Street, Black Parrot Bar has one of the world’s best rum selections. Low lighting and a dark-blue decor keeps the bar feeling mysterious, while the plants dotted around help to give that late-night Caribbean vibe. Gaze at the bar’s packed shelves of dark liquor while sitting comfortably in a velvet armchair. Ask the bartender to whip you up something special as they are waiting eagerly for you to ask.
8 Bride Court, London, EC4Y 8DU
blackparrotbar.co.uk

Savage Garden at The Doubletree by Hilton

Have you tried an Australian Leaf Martini while overlooking Tower Hill and the City skyline? Well, during London Cocktail Week you can. The magnificent rooftop bar, Savage Garden at The Doubletree by Hilton is inviting you to drink the specially created cocktail, made from Four Pillars Olive Leaf and Regal Rogue Dry Vermouth, while perched on the balcony wrapped around the bar. If you’re not one for heights, take safety in one of the luxurious velvet booths dotted around the central bar.
7 Pepys Street EC3N 4AF
savagegarden.co.uk

Let’s face it, you can’t have a cocktail week and not include the London Cocktail club. A stone’s throw from Monument Tube station, the bar channels the style of Savile Row tailors, with a very classic and sophisticated feel. Make your way downstairs and you’ll find an even more old-school, eccentric vibe with exposed brick and pictures of animals in suits adorning the walls. The bar is home to a wide variety of drinks, but has an in-depth knowledge of Scotch Whiskey. Have the Viking Collins as part of the bar’s cocktail week menu, which is made with Scotch and Mead. A top pick for London Cocktail Week in The City of London.
29 Sclater Street E1 6HR
londoncocktailclub.co.uk/monument

For something a little different, head to the crazy golf, bar and food vendor venue. Next to Liverpool Street Station, the bar is home to two golf courses, complete with a windmill, lighthouse and rolling grassy mounds. Swingers has four cocktails bars including a gin terrace, a bar on the fairway and a clubhouse. For London Cocktail Week, order yourself a Royal Sour, which is Tanqueray Blackcurrant Royale Gin, apricot liqueur, lemon juice, plum puree, apple juice and cinnamon syrup. If you’re looking for a dryer evening, treat yourself to a non-alcholic Refresher made with Earl Grey, hibiscus syrup and lemon juice. What’s more, Swingers has teamed up with Tanqueray No.Ten to bring back The Swingers Open for one evening only for London Cocktail Week. Get together with three other keen putters for your chance to win a VIP party at Swingers complete with cocktails, street food and an exclusive area for you and your friends. To register, head to [email protected]
8 Brown’s Buildings EC3A 8AL
swingers.club

Looking for a view with your drinks? Click here for the City of London’s best rooftop bars.