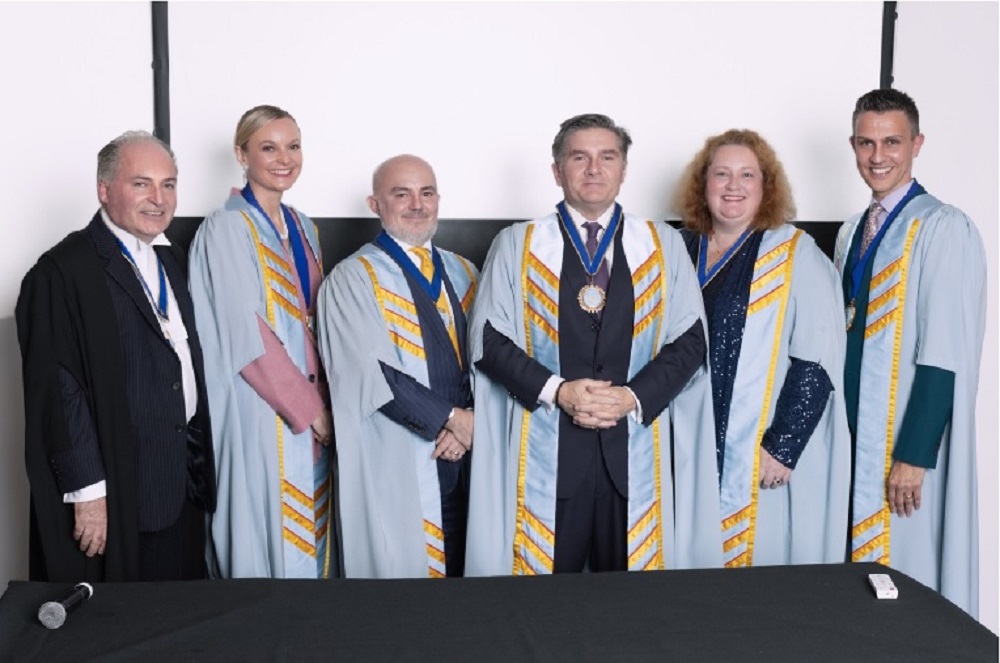 The Company of Communicators has named James Gurling OBE as its new Master.

One of the UK’s most successful public affairs specialists, Gurling pledged to drive the Communicators towards becoming the 111th Worshipful Company of the City livery movement.

At his installation at Glaziers Hall he thanked his predecessor, Deborah Oliver.

He said: “Under Deborah’s leadership, the Company has thrived and gone from strength to strength – and it will be a hard act to follow.”

“I’m fortunate also to have a cracking Court and Warden team.”

“In this coming year we can make the final push to full Livery,” said Gurling. “This is not simply a ‘status’ thing. It’s a move that reflects and recognises the commercial and social role that Communications has in the modern world.

“We Communicators have a great responsibility. Our endeavours can make markets, and can bring communities together. We can break down barriers, and protect reputations.

“Communicators – in-house and as consultants – have never been as present in the Board Rooms and Leadership teams up and down the country as we have become during lock-down.

“Our move into Livery status is but one part of recognising our role – our profession – within the City and beyond.”

Gurling is Executive Chairman, Public Affairs, MHP Communications, one of the UK’s largest public relations companies and part of the Engine Group.

The new Master outlined his plans to further increase membership, currently standing at over 200 freemen, and introducing a new affordable membership category for junior members.

He said: “But throughout all this I hope we will continue have fun and enjoy the fellowship that the lack of lock-down now enables.”