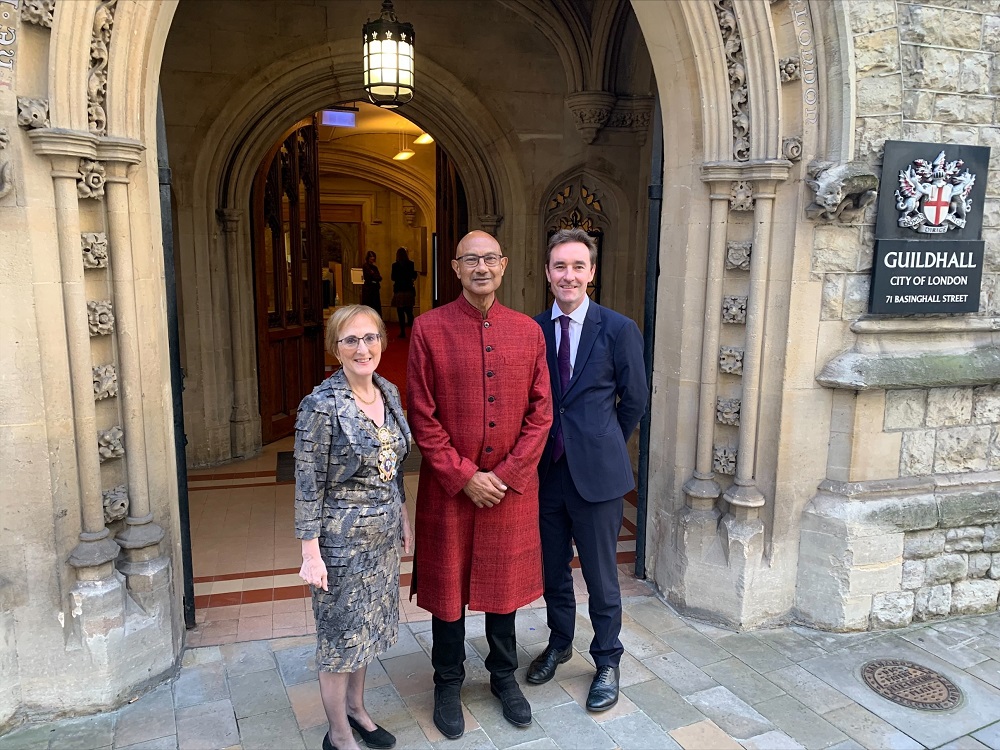 An anti-poverty campaigner who has dedicated his life to charity has been named a Freeman of the City of London.

Bharat Mehta, who recently stepped down as Chief Executive from the Trust for London charity, which he led for 23 years, spearheaded dozens of initiatives that have improved the lives of low-income Londoners.

Trust for London is an independent charitable foundation. It aims to tackle poverty and inequality in the capital by funding voluntary and charity groups. Before this, he was Chief Executive of the National Schizophrenia Fellowship (NSF, renamed RETHINK).

He has also worked for the Medical Research Council, the National Council for Voluntary Organisations; and the Social Services Department of the London Borough of Waltham Forest.

Mr Mehta is a board member of a number of organisations, including Home Group, one of the largest registered social landlords in the country; London Emergencies Trust; and the Social Justice and Human Rights Centre.

He has also been a board member of the Joseph Rowntree Foundation; a non-executive director of the North Middlesex University Hospital NHS Trust; and a chair of governors of Bowes Primary School, Enfield, and served on numerous government and civil society commissions and advisory groups.

Sheriff of the City of London, Alison Gowman, who nominated Mr Mehta for the award, said: “I am delighted to have nominated Bharat for the freedom of the City.

“He has dedicated his life to making the capital a better place for everyone and it is important to recognise his lifetime commitment to Londoners, and the charitable and third sector.”

Mr Mehta said: “It is wonderful to receive this award and I feel humbled by the recognition, which also highlights the vital work of charities like Trust for London in tackling poverty and inequality.

“London’s philanthropic charities share both the common history of our great city, and a vision of fairness and equal opportunity for everyone that calls it home. The role of philanthropy will undoubtedly evolve in new ways, but what is certain is it’s continued importance in improving the lives of those living and working at disadvantage.”

The Freedom of the City of London, which is believed to have begun in 1237, was used to enable recipients to carry out their trade.

Today, people are nominated for, or apply for, the Freedom, because it offers them a link with the historic City of London and one of its ancient traditions.