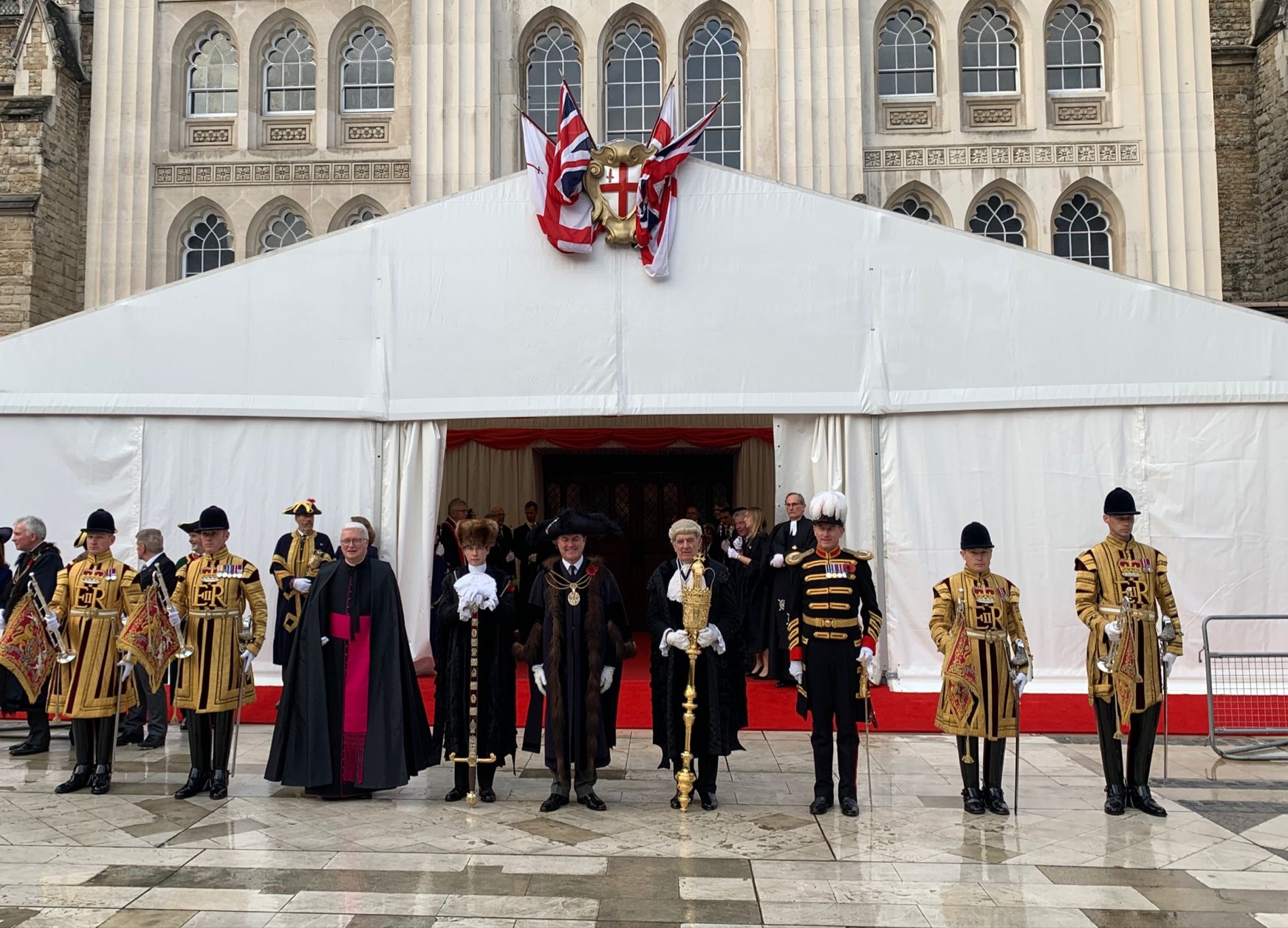 The City of London has sworn in Alderman Vincent Keaveny as the next Lord Mayor.

Alderman Keaveny was named the Square Mile’s 693rd Lord Mayor at The Silent Ceremony at Guildhall.

Earlier this year he was elected to become one of the most senior figures within the City, with hugely significant duties here in the UK and around the world.

Alderman Keaveny is one of a long line of Lord Mayors for the City – 692 have come before him – and replaces the outgoing William Russell, who has served two years in office because of the pandemic.

City Matters caught up with the outgoing Lord Mayor, and you can read that interview by clicking here.

Vincent Keaveny has today been sworn in as the 693rd @citylordmayor, serving as the elected head of the City of London Corporation and a global ambassador for the UK-based financial and professional services industry until November 2022. #CityofLondon pic.twitter.com/OUz9W187zR

The Lord Mayor is chosen every Michaelmas (September 29) by the City’s liverymen.

Candidates must have previously been a Sheriff of the City of London (assistant to the Lord Mayor) and occupy a term of one year.

The City’s Lord Mayor meets government officials and business leaders at home and abroad to boost foreign investment in the UK and secure new business opportunities.

With the role comes many grand occasions, such as the Lord Mayor’s banquet – a lavish black tie event with champagne and a three course meal, where Prime Minister Boris Johnson will make a keynote speech on Monday November 15.

Ahead of the Lord Mayor’s Show, an event that celebrates the arrival of the new Lord Mayor into office, Alderman Keaveny said he was both delighted and honoured to be taking on such an important role.

Click here to read all about what’s happening across the City for this year’s Lord Mayor’s Show.

The Lord Mayor represents the ward of Farringdon and is a partner in the international business law firm, DLA Piper.

He is also a member of the City’s Policy & Resources Committee and the homelessness and rough sleeping sub-committee.