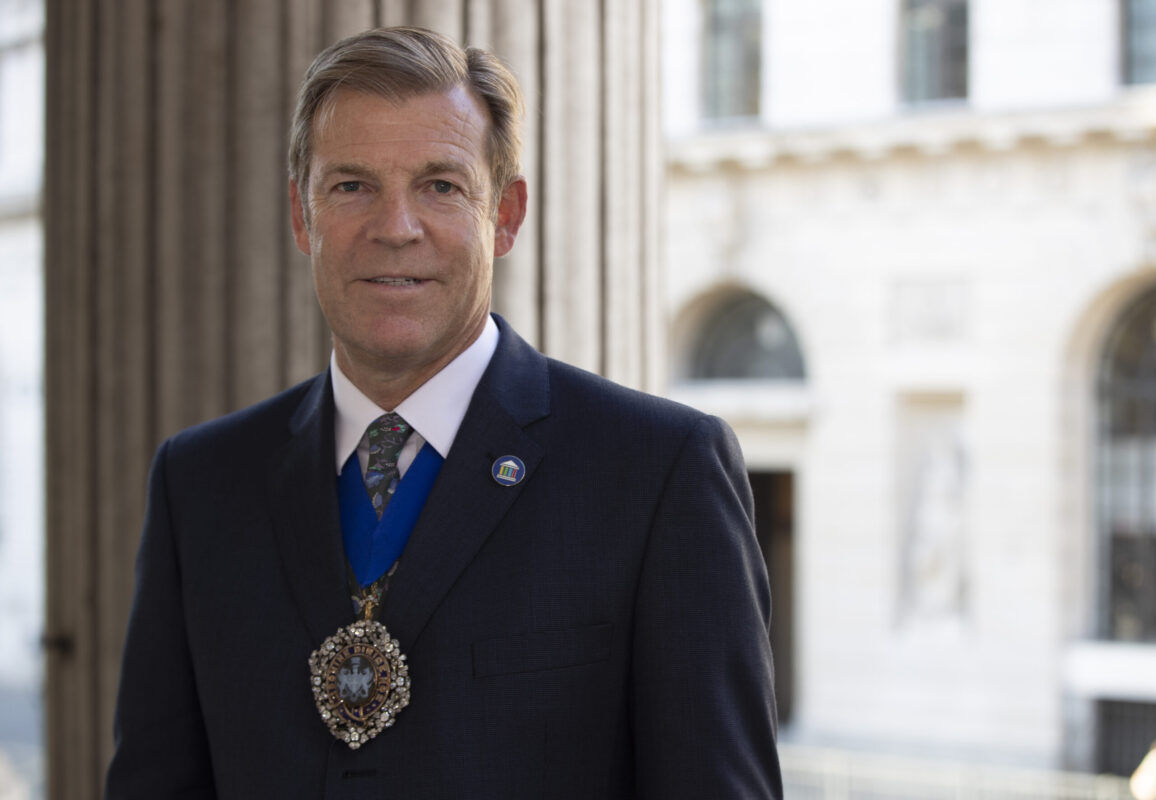 As the Square Mile readies itself for a blockbuster Lord Mayor’s Show, Flora Neighbour sat down with outgoing Lord Mayor William Russell to discuss his two years in office, Brexit, COVID-19 and what comes next for the City of London.

To read our guide to what’s on around the City during the Lord Mayor’s Show click here.

Need to brush up on your Lord Mayor’s Show history? Click here.

For some of the best stops to refuel on the big day, click here.

Managing to find some time with William Russell was an achievement in itself. As we entered Mansion House to catch up with the departing Lord Mayor of London, the corridors were a haze of people pacing on phones and ushering others into meeting rooms.

“My days have become a blur,” Russell grinned. “No two are ever alike.”

We sat down to realise we had been slotted between COP26 meetings, handing the Freedom of the City to the Chairman of the Kuwait Investment Authority, and the G7 welcome dinner, which was being held that night at Mansion House.

We felt positively lazy. But, within no time, Russell had made us feel at ease and we were discussing his two years as the Lord Mayor of London like old friends.

You had just started your first year as Lord Mayor when the COVID-19 pandemic hit. How did you feel when that happened?

Well, we all went home. I think the feeling was the same for everybody, not just me as Lord Mayor. Nobody knew what was going on and there was this collective feeling of ‘what do we do’? We were all doing what we were told to do, which was lockdown.

At the beginning of the pandemic I think there was an impasse for all of us, but certainly for me. I was certainly worried, but I never thought it would last as long as it has, so I always kept a positive attitude around it and thought we would be back in action by summer 2020.

I will never forget, however, that during the first lockdown I got a few phone calls urging me to do another year, so we moved quite quickly to make that decision as we knew it would be the right thing to do for the City as well as showing strong leadership. I didn’t hesitate to continue my role for another year.

The last time someone did two years was 1860, so it’s been a while since it happened before. That was another William, William Cubbit, who built Covent Garden.

We have a history like no other and showing strength has always been something that is the right thing to do, which I felt was done during the pandemic. But, as we got used to the new reality, I think as a nation we have adapted incredibly. COVID and Zoom, we have reached more people as Lord Mayor. We have adapted and the hybrid version of work/life is here to stay. I can’t think of doing my job any differently. I felt very privileged to be asked to continue for another year during such an uncertain time. 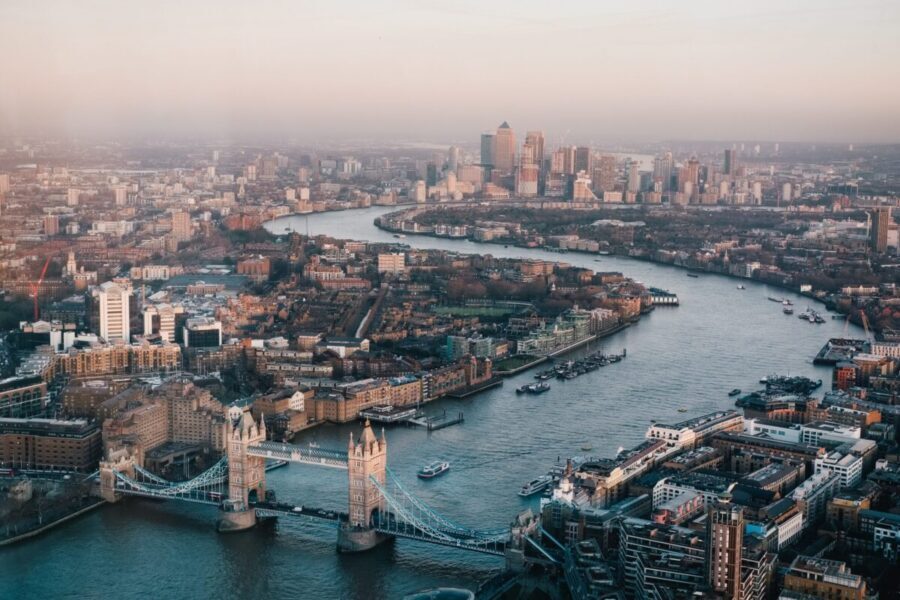 How do you feel now that your time as Lord Mayor is coming to an end?

Do I feel sad? Yes, I am sad in a way. It’s been one of those one-off experiences and I’ve met the most extraordinary people from all walks of life.

One of the things that I have noticed about being the Lord Mayor is that soft convening power and that it should never be underestimated. It’s not about William Russell, the individual, it’s about the office of the majority, which dates back to 1189.

I will miss the positive impact that the power of the majority has on many people’s lives. And, with an extra year, I was really able to really see that impact.

What would you say your highest achievement as Lord Mayor has been?

There are a number of achievements I am proud of during my time as the Lord Mayor. One being that I chaired the Culture and Commerce Taskforce, which came out of the pandemic. During COVID-19, we realised how important the arts were to us and how we would need to adapt. The arts really struggled, so the taskforce came to be to help the arts in a positive manner and work out what the future looked like for the creative sector.

We know that we must support the arts as, nowadays, the newer generations have more of a social purpose. The taskforce brought the idea to the forefront that the City was more than just a place where your office was – it’s bursting with cultural activities.

What do you do and where do you go when you have a moment to yourself?

My favourite restaurant in the City is called La Cabot. I will always head there for delicious food and fantastic Burgundy wines.
For art and culture, I’ll make my way to the Barbican Centre without a doubt. I will be going to see the Noguchi exhibition at the Barbican after I retire from my role as Lord Mayor – I heard it’s very calming. 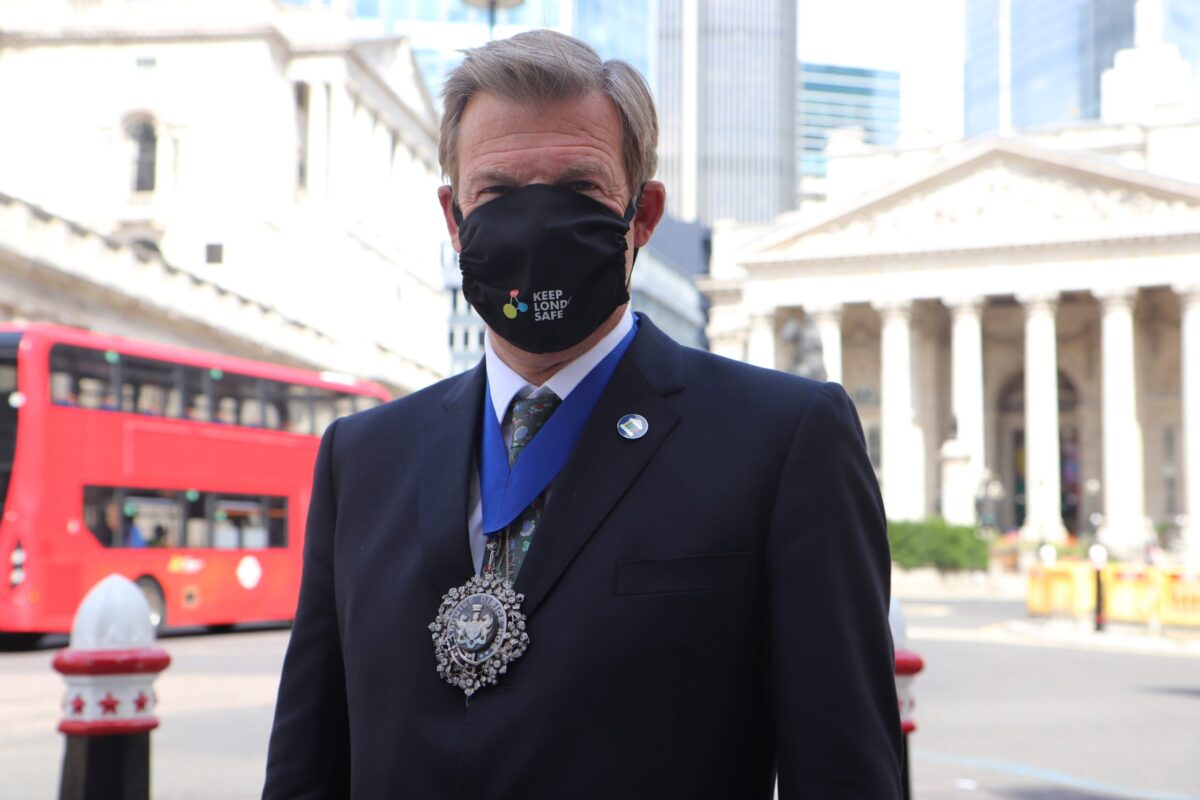 What do you hope for the City of London in the next five to 10 years?

I’m hoping and excited for a number of things. One thing is that Brexit has officially happened and the City is actually thriving despite concerns. It seems like London has moved on from being worried about Brexit to now working with it to create positive opportunities, which is exciting. Now we’ve got this huge opportunity around green finance and climate action. I hope that the City will be leading the charge and influence other cities around the world when it comes to climate change.

I also hope that the culture of the City continues to expand. I do think in the next five to 10 years that the Square Mile will become the cultural corridor of London.

There’s a history of innovation in the City of London; we always adapt. Despite the last few years and bumps in the road, we’ve continued to prove that London is the greatest city in the world.

What advice can you give Alderman Vincent Keaveny, who is next in line for the role of Lord Mayor?

Apart from the fact he’s a very good friend and that we already work very closely together, I would say to him to go for it, enjoy it, and make sure your passion for the City of London shines through, that way he’ll then do a brilliant job.

We have had much more continuity than in Lord Mayor’s of past years. I hope Vincent will continue to keep that relationship strong with the Mayor who will take over from him.