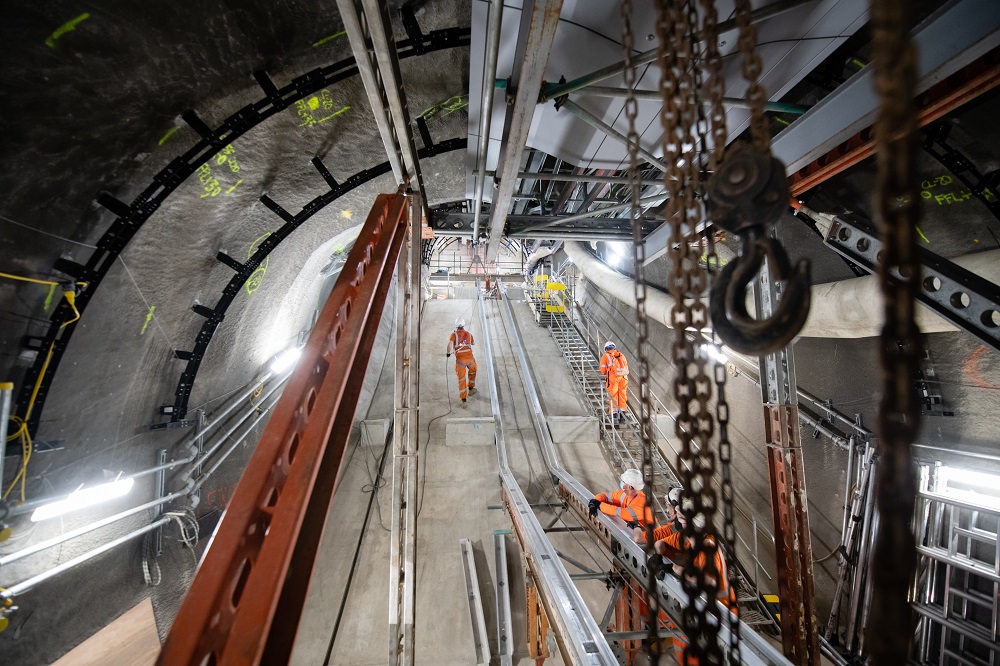 Transport for London (TfL) has issued travel advice for customers who will be affected by the upcoming closure of the Bank branch of the Northern line.

The branch will be closed for 17 weeks between Kennington and Moorgate from January 15 until mid-May 2022 to finalise work on the brand-new Northern line tunnel and passenger concourse at the Bank Station.

The closure was planned and granted in 2015 as part of the Bank Station Capacity upgrade work.

To help mitigate the closure, which will also mean a reduced service between Camden Town and Moorgate, an enhanced service with a train at least every two minutes will run on the Charing Cross branch of the Northern line at peak times.

A temporary new bus route, the 733 from Oval into the City (Finsbury Square), will also be introduced on weekdays. It will run every seven to eight minutes to help affected customers reach their destinations.

TfL recently announced that the Waterloo & City line would be returning to a full weekday service from 22 November, providing a vital link to the City and extra options for customers travelling during the closure.

NOW READ: Waterloo and City Tube line will fully reopen from next month

However, TfL expects Waterloo, Embankment, Tottenham Court Road, and London Bridge to be amongst the busiest during the closure, so passengers are being advised to seek alternative options to complete their journeys.

Heidi Alexander, Deputy Mayor for Transport said: “This much needed renovation of Bank station will significantly increase the capacity of the station and make it more pleasant to travel through, as well as future proofing a key interchange station in the City.

“Once the upgrade is complete, passengers will benefit from step-free access to the Northern line, a new entrance and easier routes around the station.

“There will be a number of alternative routes to help passengers complete their journeys during the closure of the Bank branch, including a new bus route, so people should make sure they check before they travel.”

TfL is asking commuters to travel at quieter times or use alternative routes during the closure, as many lines and stations across central London will be busier.

They are also encouraged to check how busy their station is before they travel, using the TfL website’s Journey Planner or via the TfL Go app.

“We are encouraging affected customers to check their journeys before they travel by using Journey Planner or the TfL Go app, and suggest they try to retime their journeys, or take a different route by Tube, rail, bus, walking or cycling during this vital 17-week closure.

“I’d like to reassure everyone that we are doing everything possible to reduce the impact of this closure, with an increased service on the Charing Cross branch and a new bus route into the City.

“We will also use this closure to carry out maintenance and improvement work at other stations in order to minimise future disruption.”

Full travel advice ahead of the closure is available at tfl.gov.uk/northern-line-closure.