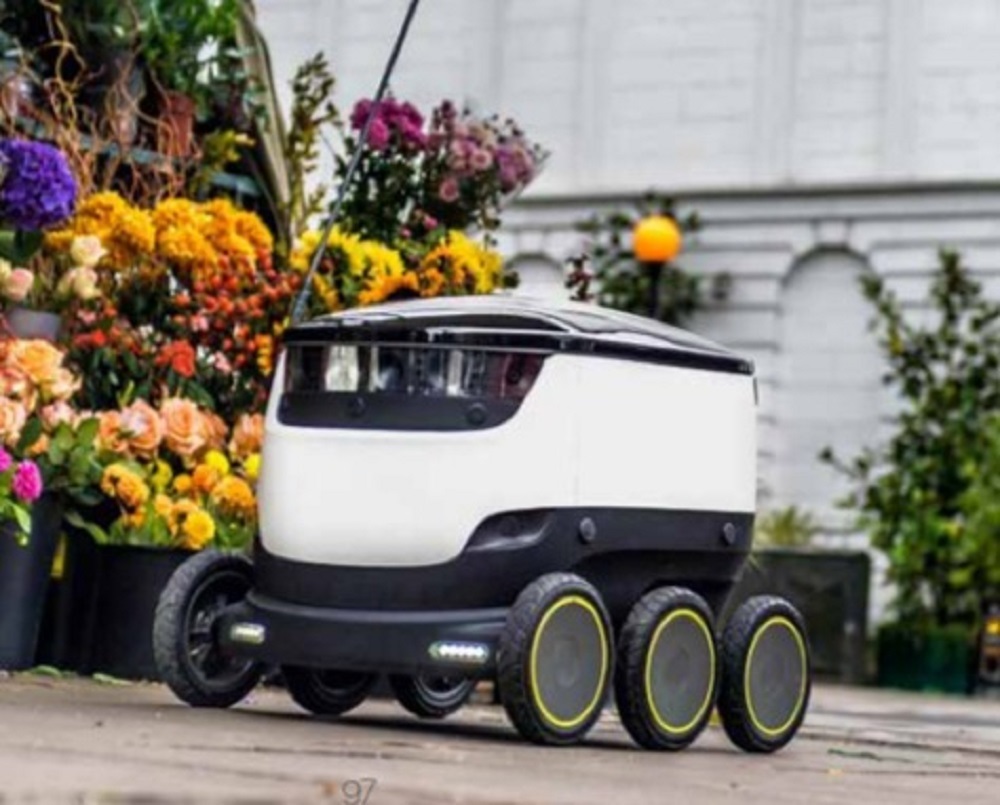 The City of London could introduce Star Wars-like delivery droids as it looks to use the latest technologies in its transport strategy.

Robots, drones and autonomous vehicles could soon be rolling and hovering through Central London’s streets.

Officials hope the City of London delivery droids will reduce the need for cars or lorries in the Square Mile.

The Corporation has said it will explore changing laws to make sure it can use the latest technologies to help improve its transport network in its Transport Strategy Report.

The City’s planning and transportation bosses will discuss how it could improve movement around the City for residents and tourists on October 26.

City of London delivery droids that look more at home in Wall-e than Central London, could be used to drop off meals or as couriers.

Delivery robots are already used at multiple US universities and in some cities, such as Los Angeles.

The City of London has said it will investigate licensing for semi and fully autonomous vehicles and investigate whether drones or small remote aircraft could be introduced to the area.

The City is also planning to expand its cycling network to cover Fleet Street, Smithfield and the Barbican areas, as well as closing more streets for live music, activities and lunches.

A 15mph speed limit could also be introduced in the square mile from 2022 – the City’s speed limit is currently 20mph.

The City is currently trialling using e-scooters to help Londoners quickly get around Central London.