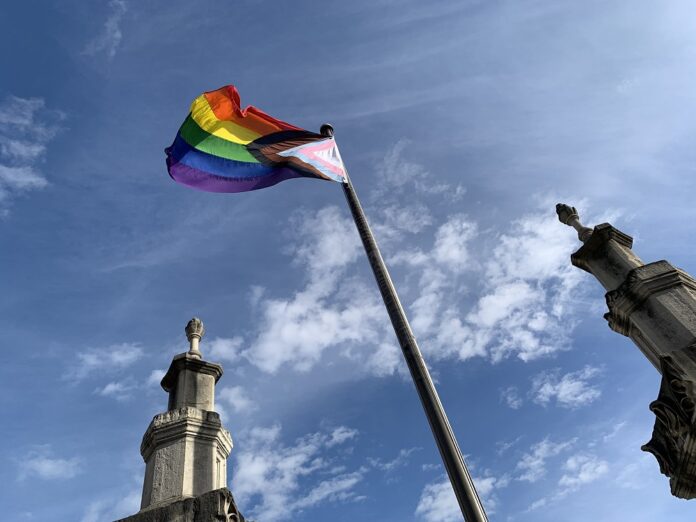 The Pride flag is flying over the City of London Corporation’s headquarters to show the Square Mile governing body’s support for the LGBTQ+ community.

It’s the sixth time the City Corporation has raised the Pride flag but the first time it has flown the Progress Pride version, which recognises the trans community and people of colour in the LGBTQ+ community.

The flag was raised at Guildhall ahead of Saturday’s Pride in London, marking the end of Pride Month and the 50th anniversary of the first Pride event in the UK.

Chair of the City of London Corporation’s Civic Affairs Sub-Committee, Edward Lord, said: “Raising the flag is a visible symbol of our solidarity with the LGBTQ+ community and our commitment to equity, diversity and inclusion.

“We stand firm in our support for all LGBTQ+ people, including our staff and elected Members, those who live in the Square Mile and people who come to work or visit.”