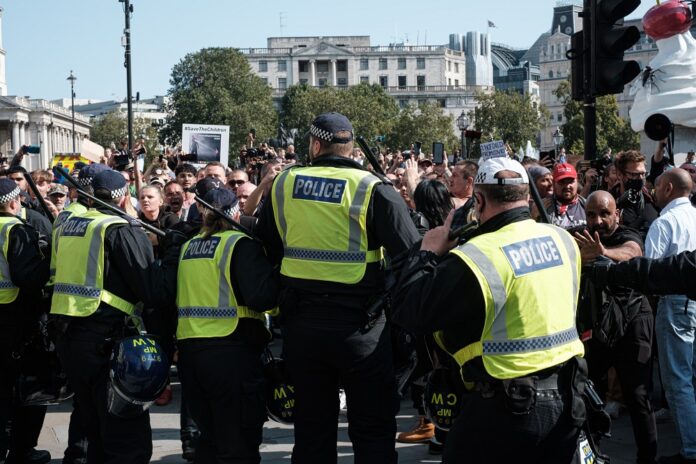 City Hall and the Home Office are “working closely” to decide who should replace Cressida Dick as commissioner of the Metropolitan Police, Sadiq Khan has said.

Dame Cressida stood down as Met chief in dramatic fashion last week having hours earlier told BBC Radio London that she had “absolutely no intention” of doing so.

The shock resignation prompted a bitter row between the Home Office and City Hall, with Home Secretary Priti Patel reportedly unaware of the commissioner’s intention to step down following pressure from Sadiq Khan.

But Khan on Thursday said that he and the Home Secretary are in “very close contact” to make sure they appoint “the right person for the job”.

He said: “We’re in very close contact, our offices speak a number of times during the course of the day. It’s really important that the next commissioner of the [Metropolitan] police understands the need for an urgent plan to address the deep cultural issues that have led to a situation where a number of police officers are – serving police officers by the way – engaged in language that is overtly racist, sexist, misogynistic, homophobic and the like. But also, that the new commissioner has an urgent plan to restore the trust and confidence of Londoners.

“I’ll be working closely with the Home Secretary – it’s really important we work closely together – to make sure that we appoint the right person for the job.”

He added that he was “grateful” to Cressida Dick for temporarily staying on as Met commissioner to ensure “an orderly transition”.

There had been speculation that the Mayor of London had issued the now former commissioner with an ultimatum to sack the officers involved in the Charing Cross investigation – nine of whom are still serving – or face the sack herself.

But Khan denied this, telling LBC radio on Thursday morning that “it is not the case that the commissioner was given an ultimatum”.

On Wednesday, the Evening Standard reported that Khan, along with Priti Patel and Cressida Dick, had been briefed by Her Majesty’s Inspectorate for the Constabulary on its findings of its review into the Met’s anti-corruption procedures in the wake of the Daniel Morgan report which found the Met to be “institutionally corrupt”.

That briefing took place at the start of last week, just days before the commissioner’s resignation.

Khan confirmed on Thursday that he had indeed been briefed by HMIC but refused to be drawn on what he had been told as the full report is expected to be published next month.