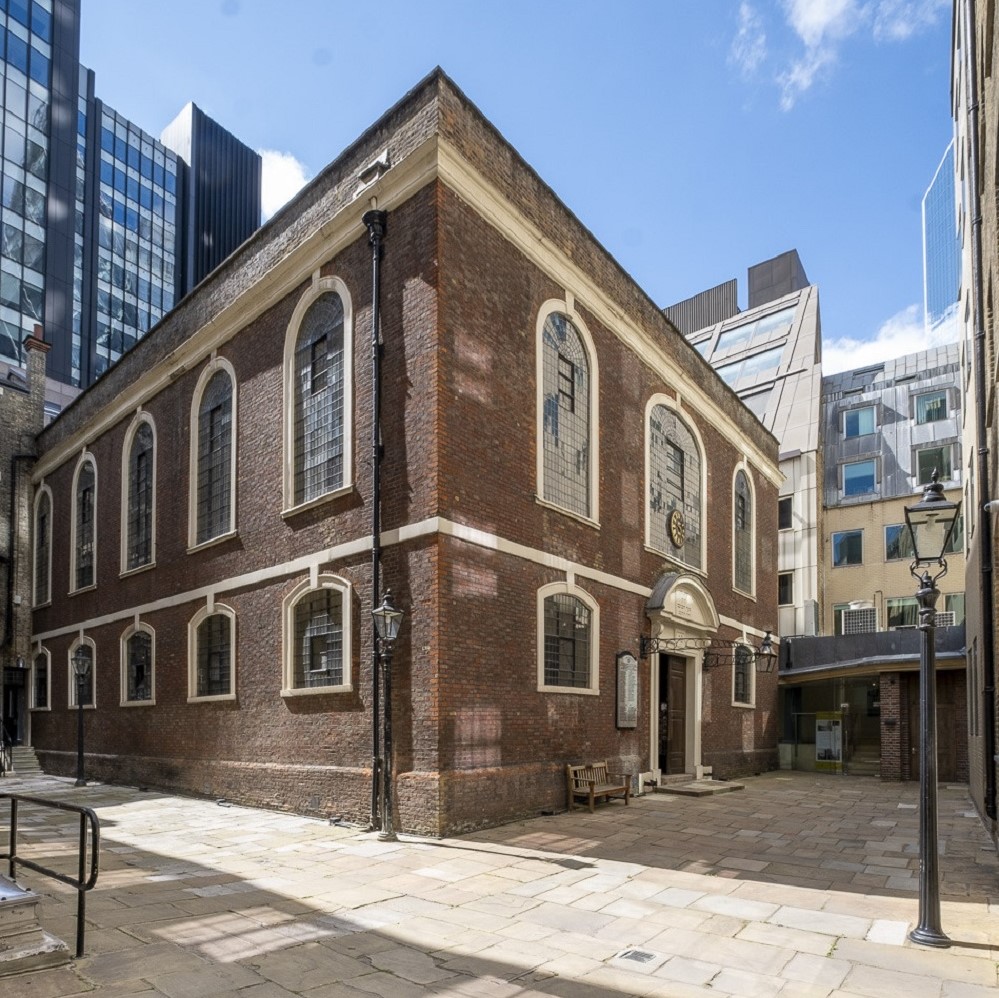 Plans to build a huge office block next to Bevis Marks Synagogue, have sparked outcry from thousands of people internationally.

A developer wants to build a 48-storey block in the City of London next to Britain’s oldest synagogue which was built in 1701.

Now, letters have flooded in from all Britain and America in the hopes of stopping the development.

The Grade I-listed building was opened by Spanish and Portuguese Jews who fled the Inquisition and is now visited by worshippers from all over the world.

The West End of London Property Unit Trust (Welput) plan to demolish a 1960s block in Bury Lane and build a 48-storey office block and 21-storey building next to Bevis Marks.

The proposed development would provide at least 25,460sqm of office floor space, a new pedestrian route and spaces for bike storage.

Opponents fear the new block would block sunlight into the synagogue and courtyard and restrict worshippers’ ability to read prayers.

They also believe the development would damage the historic and religious significance of the building.

More than 2,700 people have formally objected to the plans, including famous historian Sir Simon Schama.

He said the synagogue must be saved because it forms an important part of Britain’s history.

He added: “The breathtakingly beautiful synagogue has been light-filled for centuries; lit by memory, worship and the flow of our nation’s history.

“Its preservation should be as critical a matter as if, for instance, a Hawksmoor or Wren church were similarly threatened and darkened by commercial high-rise development.”

The City of London is set to make a decision on the plans on Tuesday October 5.

Shalom Morris, Rabbi for Bevis Marks Synagogue, said: “We have been overwhelmed by the outpouring of support shown both in the UK and abroad for the very survival of our great synagogue.

“It’s clear that the world is watching as the City of London Corporation makes one of its most historically significant decisions.

“Granting approval would not only be irresponsible, but profoundly offensive to British Jewry and our internationally recognised heritage and religious site.”

He continued: “We urge City planners and committee members to re-think these proposals which pose an existential threat.

“Bevis Marks represents the unique historic connection between the Jewish community and Britain, and plays such a vital role in London’s heritage.”

A planning report says: “The synagogue would experience a moderate adverse impact in terms of sunlight.

It adds: “As regards the impacts on Bevis Marks Synagogue, it is considered that in visual, physical and environmental terms, the proposed building would preserve the special architectural and historic interest and heritage significance of the synagogue and its setting.

“The visual appreciation of the religious ceremonies and associated activities including the reading of religious text is not diminished to a significant or perceptible degree.

“The impact on daylight to the interior of the synagogue will not compromise the religious use or activities therein.”

The Board of Deputies of British Jews, which represents Jewish community interests and concerns, is also against the plans.

Its President Marie van der Zyl said: “The notion that we would wish to risk the synagogue’s foundations, shroud it in darkness or restrict disabled access is heart-breaking.

“It would be a terrible wound to a living monument of British support for Jewish life and the Jewish contribution to British life.”

The Sephardic Jewish Brotherhood of America, which represents 15 synagogues across the US, has also written to the UK Government and City of London urging them to halt the development.

A letter written by the group says: “We call on the British Government and City of London municipal officials to protect this historic house of worship and halt the planned property development that will be a death knell to this sacred place of worship.”

A City of London Corporation spokesperson said no decision has been made yet and its planning committee considers arguments for and against applications before deciding on them.