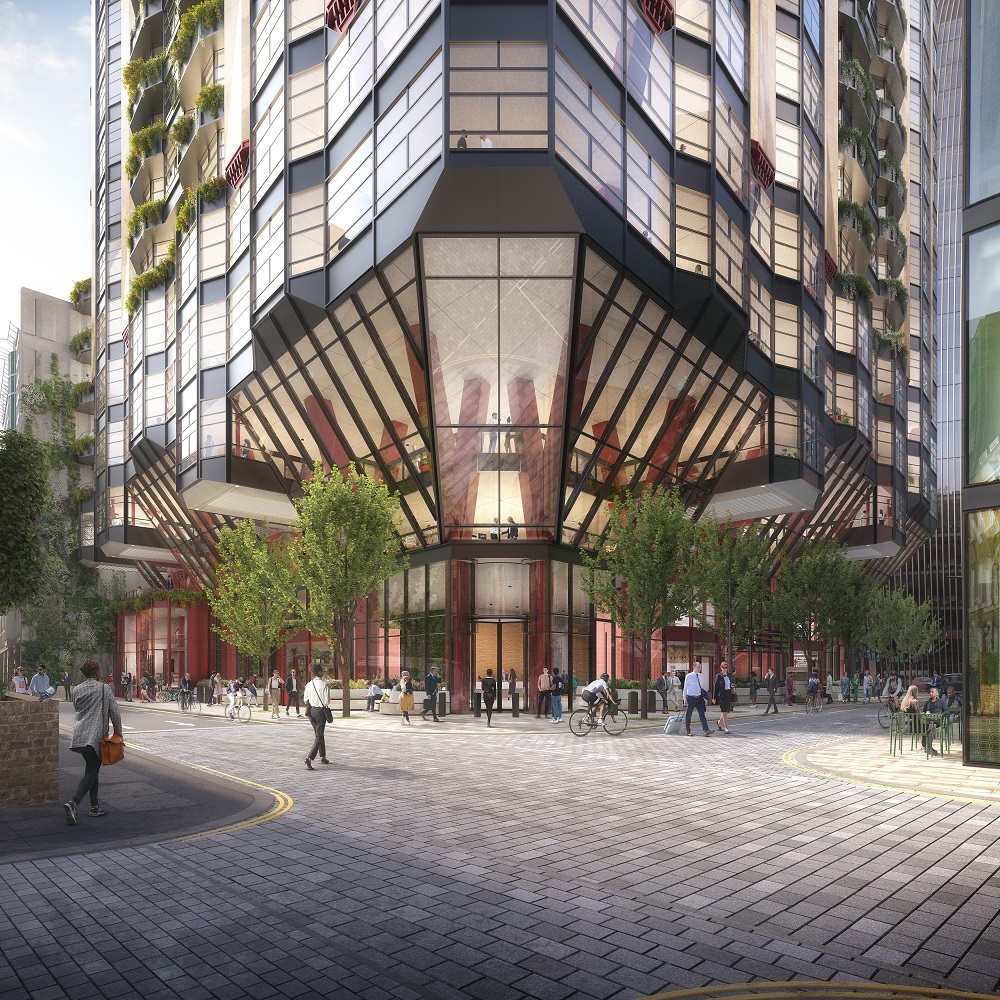 Plans for a giant Central London tower block have been approved despite residents’ fears sunlight will be blocked from their homes.

Developer Cutlers Houndsditch Unit Trust has been granted permission to build a huge office block at Cutler Street and Houndsditch.

But local residents say it will damage precious outdoor space and harm the environment.

He said: “Sunlight is essential. A lack of sunlight discourages people and especially children from spending time outside.

“There’s a direct relationship between health and sunlight.

“We are in the midst of an obesity and mental health crisis, especially amongst teenagers.”

Lemanski said the tower would impact an outdoor play area and ball games space at Middlesex Street by completely casting them in shade.

He urged planning members to reject the plans in order to protect the wellbeing of local young people.

Local resident Lana Joyce, who lives at nearby Petticoat Tower, said the demolition of the four buildings and construction of the new one will create huge carbon emissions.

She said the City should lean towards retrofitting buildings instead.

She also said there is a severe shortage of outdoor space for local children and the site would be better used as a skate park.

Councillor Marianne Fredericks was extremely disappointed by the approval of the plans.

She said: “We can’t keep taking light away from the residents.

“Here we are on the edge of one of our largest residential estates building a whopping great big building.

“This is a large, tall lump of a building over-bearing down on our residents, diminishing their quality of life and health and well-being.

“The City is very poor at providing resources and facilities for our residents and up-keeping their housing.

“We’ve got no real open space for children to play and here we are with a little scrap that they have, taking it away and casting it into shadow.”

Fredericks said the building should be half the size to ensure residents are not overshadowed.

He said: “We have designed a building that connects with and serves its community.”

As part of the design, the building will produce heat which can be stored in thermal tanks and used by neighbouring residents at the Middlesex Street estate.

As part of the plans, four blocks built in the 1980s will be demolished to make space for the new building, which will provide 56,533 square-metres of office space.

The building will have a lifespan of at least 100 years, featuring 23 studio office spaces, all with green terraces.

The Corporation’s Planning and Transport Committee approved the plans on November 16 with 11 votes for and six against.